In the afternoon of December 16, 2021, Susan Joy Gilbertson was called to her heavenly home after a battle with Covid-19. She was being visited by her husband and granddaughter at the time who witness a peaceful smile upon her passing. She was 73 years old.

Sue was born in Minneapolis, Minnesota on July 31, 1948 to parents Jack and Virginia Bergeron, their youngest of three daughters.

Susie, as she became affectionately known as a child, grew up in North Minneapolis with her family. A graduate of Minneapolis’s Patrick Henry High School in 1966, she studied nursing at the encouragement of a friend, becoming a Licensed Practical Nurse before becoming a Registered Nurse. This would begin her life’s career caring for the sick and elderly. In April of 1970, Sue married Bruce Beaumont with whom she welcomed her first two children, Jill (often called Susan) and Jeffrey. She and Bruce later separated, after which she met and married Jim Shampine in December of 1987 and welcomed her youngest child, Maria. Before they later separated, Sue became close with her mother-in-law, with whom she would go on to operate Sherburne county’s first senior foster home, continuing her legacy of healing and care.

After her three children had grown, Sue was reintroduced to an acquaintance from her teen years, Everett Gilbertson. The two quickly bonded and on Valentine’s Day 2013, joined him in marriage and soon retired on his farm and homestead in Battle Lake, Minnesota. Over the years, she enjoyed several creative hobbies including photography, gardening, baking, flower arranging, reading, and a good iced coffee on the farm’s porch which gave her the energy to spend with her grandchildren and step-grandchildren whom she loved. In 2021, she relocated to the warmer climate of Arizona, where she enjoyed her retired life to its fullest. 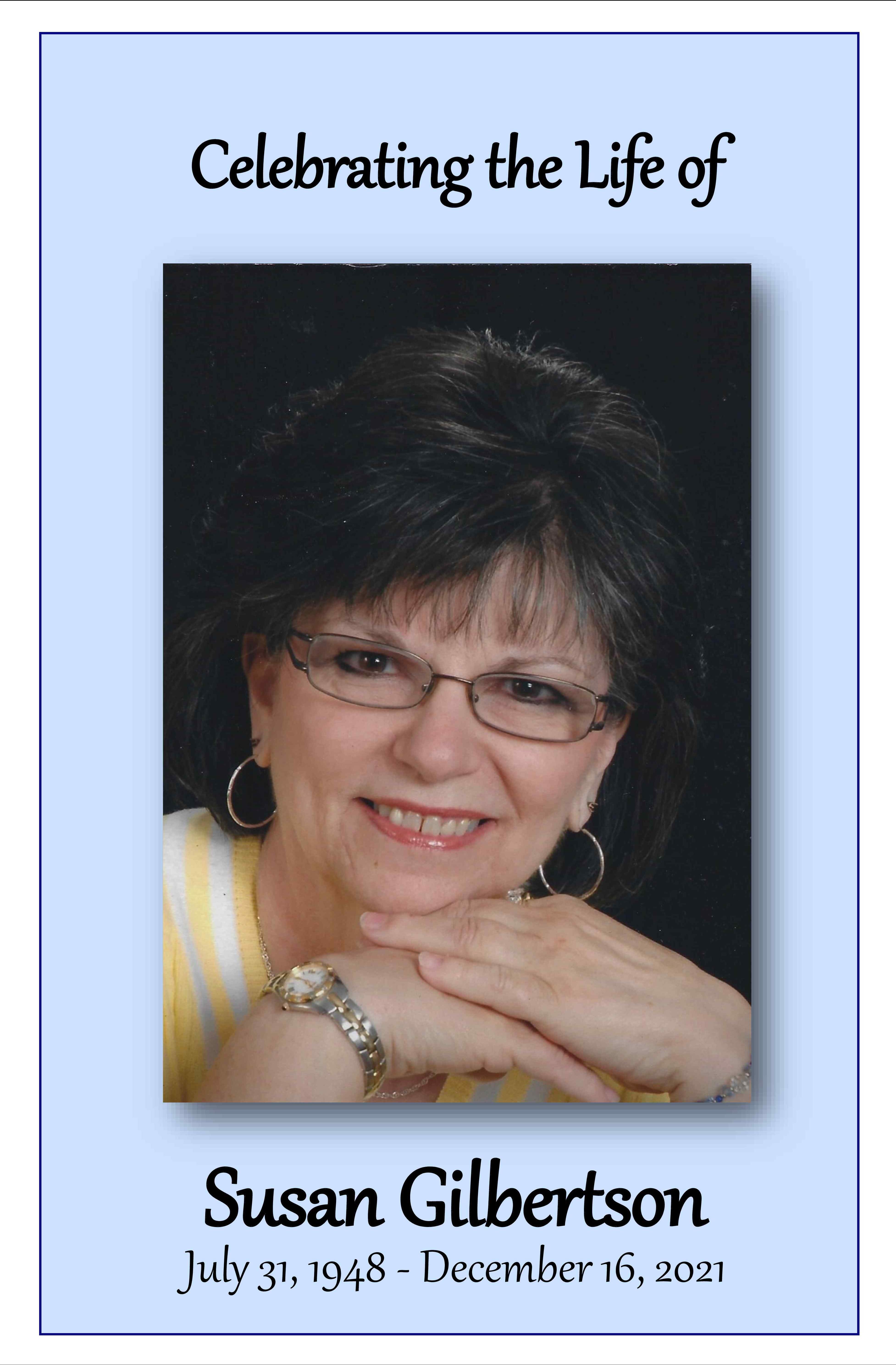 To send flowers to the family or plant a tree in memory of Susan Gilbertson, please visit our floral store.