Shirley Mae Scott of Fergus Falls died at her home with her daughters by her side on May 26th, 2022 after a short battle with leukemia.

She was born on September 13, 1933 to Thore Thorstenson and Irene (Olson) at St. Luke's Hospital in Fergus Falls.  She was a lifelong member of Trefoldighed Lutheran Church and was baptized, confirmed, and married there in addition to serving as a Sunday School teacher, on the Board of Deacons, and taking part in the women’s organizations.

Shirley attended Rural School District 14, the Battle Lake High School, and graduated with the Fergus Falls Teachers Training Class of 1952. She also attended Interstate Business College in Fargo. After teaching in rural schools in Otter Tail County for five years she went on to be employed with the Fargo Public School System in the Consultants Office.

She married Bernard Scott on October 18, 1958. They made their home on the Scott Family Century Farm in Clitherall Township where they milked Jersey cows and raised their three children.

She was employed by Lutheran Social Service as the Food Service Manager of the Battle Lake Senior Nutrition Program for 16 years. She later provided respite care as an AmeriCorp volunteer. A lifelong learner, she took several classes at the Fergus Falls Community College after her retirement.

Bernard and Shirley moved off the farm in 2004 and made their home amongst many lovely neighbors on Lana Court in Fergus Falls. The friendships she made with the Trinity Lutheran Church Crafters were a source of joy and support for Shirley after she moved to Fergus Falls. She was especially gifted at cooking & baking, needlework including hardanger, and at selflessly being the hands and feet of Jesus through her love, time and support for others.

She is survived by her children Gregory (Mary) Scott, Sarah (Jerry) Juven, and Katie (Mark) Johnson and her grandchildren Heather and Cara Scott and Theo and Sophie Johnson; Sisters Marian Haugen, Ruby Olson and Carol (Daryle) Billberg and brothers Gary (Gerry) Thorstenson and Gordon (Pat)Thorstenson and sister-in-law Ella May Gorshe; as well as a special nephew, Jeff Siira and many other dear nieces and nephews, friends, and neighbors.

Memorial Service to be held Monday, June 6, 2022 at 10 AM at Trefoldighed Church.

Visitation Sunday June 5, 2022 from 3- 5PM with a Prayer Service at 5pm at Glende-Nilson Funeral Home in Fergus Falls, Minnesota 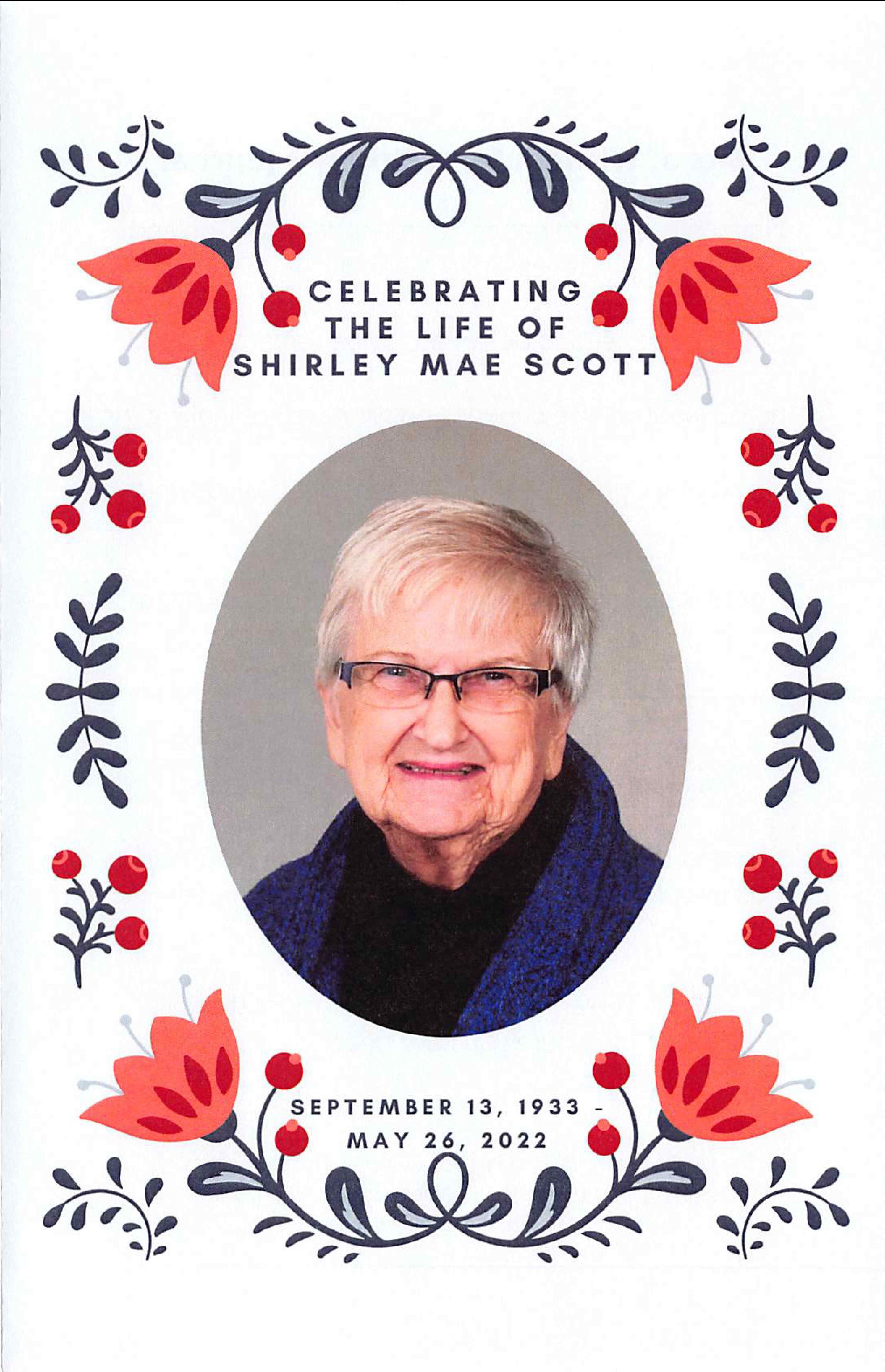 To send flowers to the family or plant a tree in memory of Shirley Mae (Thorstenson) Scott, please visit our floral store.

A Memorial Tree was planted for Shirley

Your browser does not support this video format. You should be able to view it in Chrome, Safari or Internet Explorer.