Lora Jane was born December 14,1933, as the second of two children of Clarence and Mildred Heifort in Fargo ND, and as the story goes her brother could not say Lora so she became Jane as we all know and love her by. Jane grew up n Fargo ND and attended college at NDSU where she graduated with a degree in Library Science. It was there that she met a young pharmacy student named John Larum and on August 26, 1955, John and Jane united in marriage. To this union were born 5 children eventually settling in Dilworth MN and establishing the Dilworth Rexall Drug Store. Jane enjoyed spending time with friends there and was active in the community. Summers were spent by loading up the kids and moving to the A-Frame cabin on Upper Cormorant Lake.

The family moved to Fergus Falls Mn in 1976 and Jane worked many years as a receptionist for the laboratory at the Lake Region Hospital. She was also active in the Grace Methodist Church and the Eagles Axillary. Jane loved her family and  enjoyed reading, watching birds, the green grass and daisies grow, cooking for people and spending time with her circle of friends playing cards and going to the Viking Café. She loved going to events for her grandchildren and the Center for the Arts. Jane spent the last 5 years enjoying living at The Mill Street Residence in Fergus Falls.

Jane is preceded in death by her husband, John G. Larum; parents Clarence and Mildred Heifort; and son-in-law Corey Hoefs.

Visitation is Tuesday May 31, 2022 at 1:00 p.m. serving coffee and donuts followed by the Memorial Service at 2:00 p.m. at the Grace United Methodist Church in Fergus Falls, Mn. 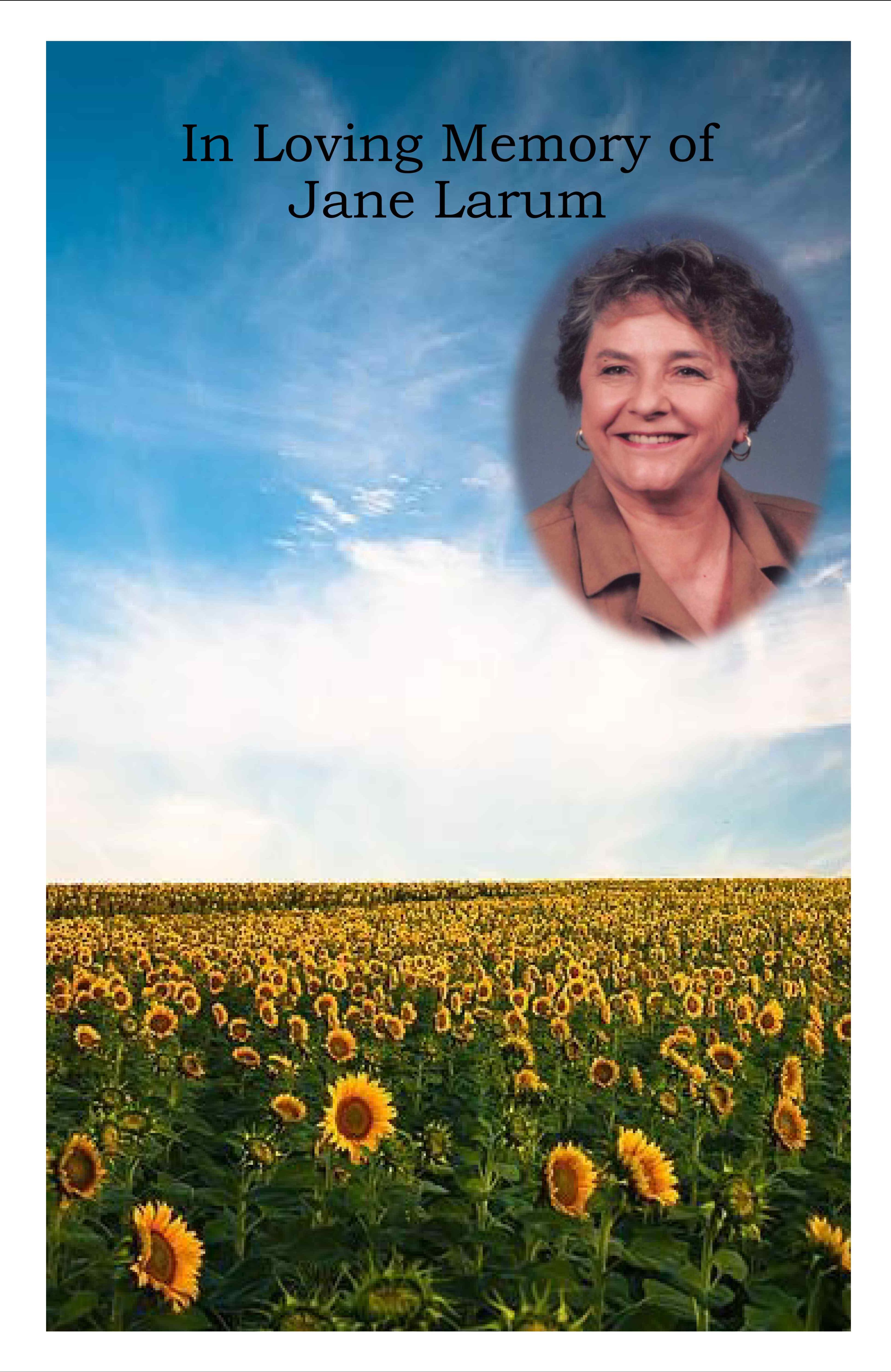 To send flowers to the family or plant a tree in memory of Lora Jane Larum, please visit our floral store.

A Memorial Tree was planted for Lora