Jette Kriston Frandson was born in Fargo ND on December 19th 2001 to Kevin and Krystyne Frandson. He was taken abruptly from us on June 8th 2022 after a tragic and incomprehensible drowning accident.

From the moment he was born, he was an unstoppable force of nature. He arrived with a head of flaming red hair and fire in his eyes. Throughout his life, he touched the lives of everyone he met and accomplished much in his short time on earth. As a child, he raised money for the American Cancer Society, helped with animal rescues, volunteered at the REACH Center, participated in Kaleidoscope and more. As an adult he worked at Mabel Murphy's, Soapy Puppy Grooming and Fergus Pet Camp. He loved animals.

He was a huge lover of 80s music and movies. He was also an avid gamer and immersed himself in the world of fantasy through movies, games, art, fan fiction and more. His gamer tag/fursona was Rayzo Fox. He loved his online gaming community and he loved his friends and family fiercely. He was an extremely loyal friend and gave the biggest most genuine hugs. To know Jette was to love him. It was impossible not to. He went to school and lived in Hawley MN from 2006 to 2017. He then attended Moorhead High School for 9th grade while still living in Hawley before moving and going to school in Fergus Falls. He helped create Saga Youth and Fergus Pride. He enjoyed many years at the Minnesota Renaissance Festival. It was the highlight of his summer. He admired and adored King Henry and The Tortuga Twins. He was our wizard and loved the Wizarding World despite never actually getting his Hogwarts letter. He loved the winter but he also loved visiting the oceans in both Florida and California.

He lived a full life despite his short time on earth. He was fearless. He adventured. He traveled. He gave his heart completely. He fell in love. He knew who he was and what he wanted in life and nothing stopped him. He lived loud (literally). He was charming, loving, sweet, funny (so funny) and so much more. They say that the "good die young" and they were right. He was an exceptional young man.

He is survived by his parents, Kevin & Krystyne Frandson, his brother Jace Frandson, his sisters Kayla Swetland (w/ Zanik) and Rachel Tanner will keep his memory alive as well as grandparents Tom and MaryAnn Donaldson and his "bonus" sister, Jessica Lee (and niece, Lilly).  His aunts, uncles, cousins, family near and far, close friends (and gaming friends) will miss him dearly.  He joins grandparents Corky Donaldson, Fern Aplin, Rocky and Fish Fischer.... and many dogs he's cared for over the years. They were probably the first to greet him.

If you are wondering whether or not you should come to his memorial, please know that we want and need you there. We will be honoring his love of all things nerdy. So if you have it in you to represent his love for Stranger Things, 80s movies, Lord of the Rings, Harry Potter, Halo, Final Fantasy, Star Wars, Marvel, Lion King, Dungeons & Dragons, Game of Thrones, Playstation... please do. He wouldn't want anything formal. If you'd like to make a donation to Saga Youth in his memory:

There's also a Celebration of Life planned for August 27th. 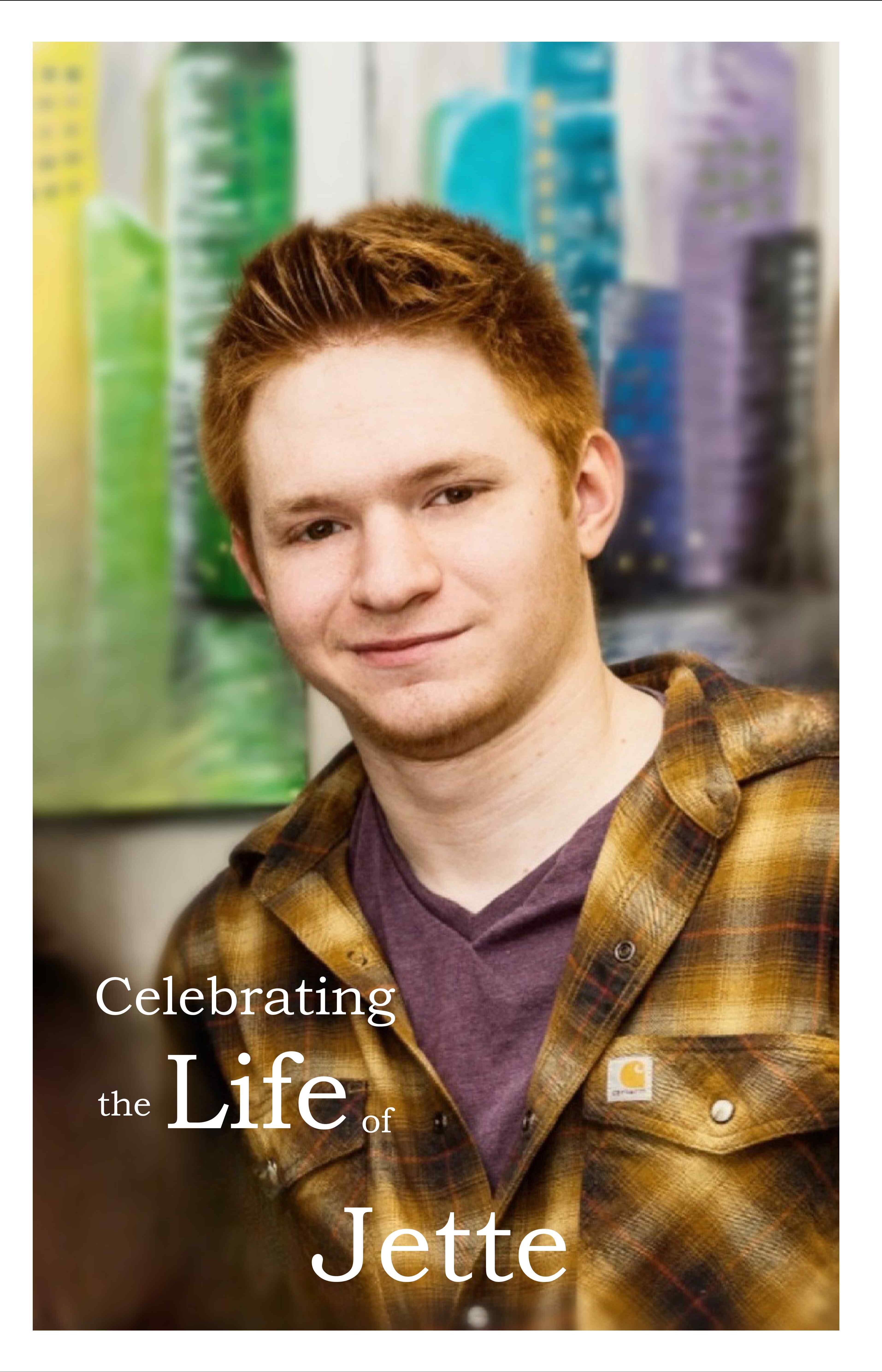 To send flowers to the family or plant a tree in memory of Jette Kriston Frandson, please visit our floral store.

A Memorial Tree was planted for Jette