On Saturday, May 28, 2022 David passed away peacefully at PioneerCare in Fergus Falls, Minnesota, at the age of seventy-nine years.

While at CLBS, David met and fell in love with Sharon Carlson. They married, had a daughter, Sara, and then went to Mexico on a short-term mission.  While there, a second daughter, Jill, was born.  After returning to MN, David worked for Northwest Airlines.  After a layoff at Northwest, the family moved to Thief River Falls where he taught aircraft maintenance at the school where he had trained. While there, a third daughter, Teresa, was born.  At the beginning of Sharon’s fourth pregnancy, it was discovered that she had leukemia. She gave birth to Kinza two months prematurely. Sharon died within the same month–October 1973.

Later he attended the University of MN and got his BS degree.

In 1975 David married Arleen Samuelsen Vall of Brooklyn, NY.  Her husband, Larry Vall, had died of cancer in 1968, leaving her with a 3-year-old son, Jeff.

They started the blending of their family in East Grand Forks, MN while he worked for the flight department of the University of North Dakota.

David had a heart for missions and desired to become a pilot for Mission Aviation Fellowship after reading the book Jungle Pilot in his teens. Instead he served God by being a part of the Lutheran Brethren International Mission board for 24 years.  Being employed by NWA allowed him flying privileges taking him and Arleen to each of our LB mission fields on many trips.  He also had a love for internationals leading to hospitality in their home to many missionaries and others, especially NWA employees from overseas.

David also served as an elder at Ebenezer Lutheran Brethren Church in Mpls for 24 years and as a Stephen Minister. David had the heart of a servant.

David worked for NWA for 31 years over a span of 40 years and, during this time, he also earned his master’s degree in Vocational

Education.  David loved traveling and he and Arleen, often together with their children, visited many countries taking advantage of the perks of being a NWA employee.  He loved showing his grandchildren how to juggle, ride a unicycle, do magic tricks, and flip them around on his feet.

Arleen and the family were grateful that David had a home at Pioneer Cottages when it became certain he needed more supervision and a safe place to be.  They are very thankful to the entire staff there who took such good care of him.  They are also grateful to family and friends for encouragement and support to both David and Arleen during his illness.

Funeral service will be held at Good Shepherd Lutheran Brethren Church Fergus Falls, MN on June 2 - visitation starting at 10am, service at 11am with lunch and sharing time to follow. 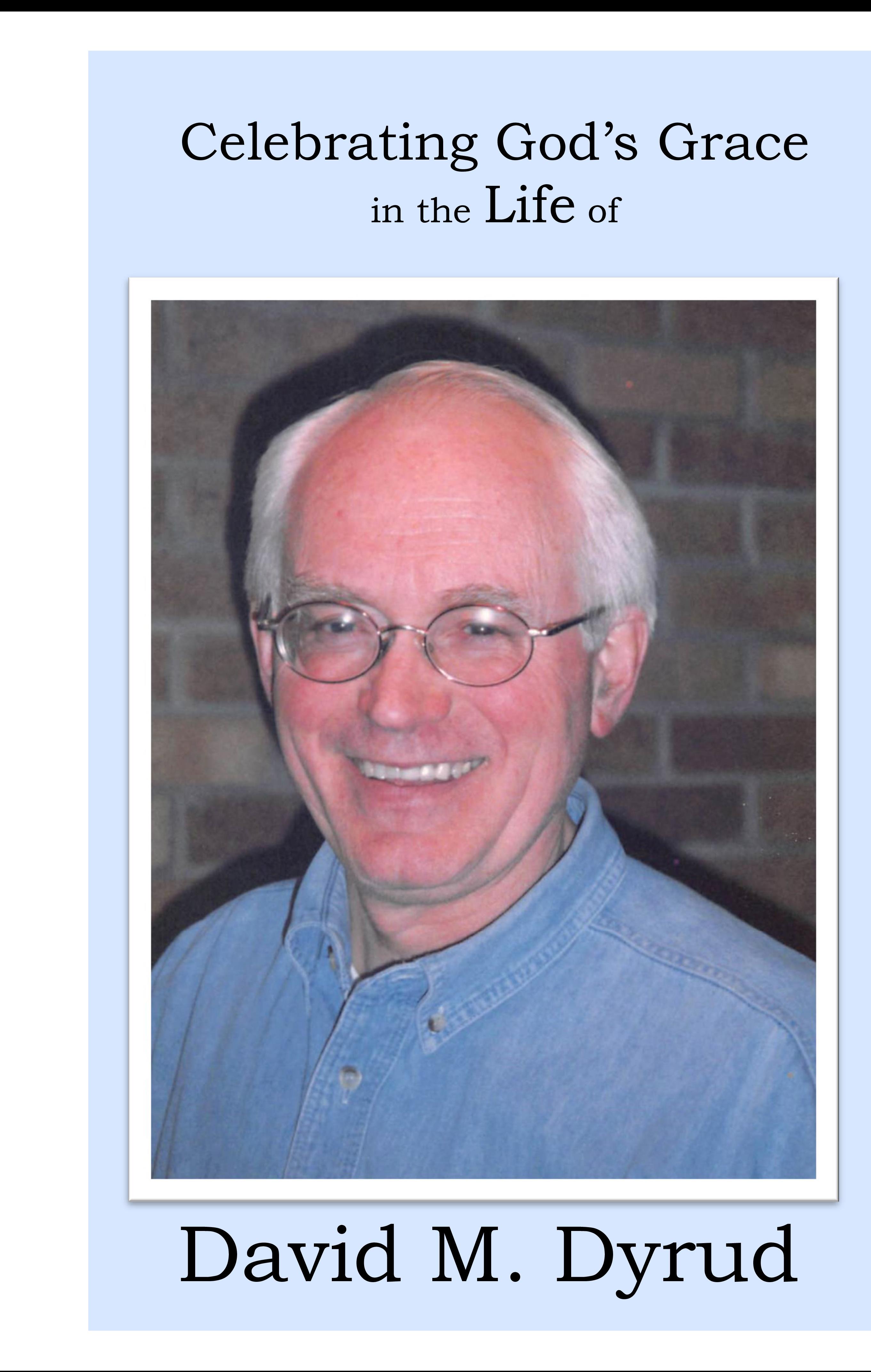 Due to technical difficulties, we ask that you please skip the first 30 minutes of the livestream video. Thank you.

To send flowers to the family or plant a tree in memory of David Martin Dyrud, please visit our floral store.

A Memorial Tree was planted for David