She was born October 6, 1925 in Logan, IA to William and Sarah (Hanner) Spanswick.  At a young age she moved with her family to Girard Township.  She later attended school in Everetts Township.  On November 10, 1943, she was united in marriage to Vernon Pederson at the parsonage in Battle Lake.  The couple made their home in Amor Township where Vernon was a farmhand.  They then moved to Maine Township and in the late 1940’s, moved to Sverdrup Township where they began farming with Vernon’s parents.  Alice and Vernon moved to the Tamarac Manor in Underwood in 1993.  Vernon passed away on March 25, 2013.  Alice continued to reside at the Tamarac Manor in Underwood for 28 years until August of 2021, when she moved to the Broen Home.

Alice enjoyed word find puzzles, reading, embroidery and cross stitch and decorating for special holidays while she lived at Tamarac Manor.  She was a member of Tingvold Lutheran Church.  She especially enjoyed spending time with her family and friends.

Alice is survived by her son, Vernon (Charlotte) Pederson of Underwood, her brother, Jim (Betty) Spanswick of Ottertail, two grandchildren: Keith Pederson and Pam Pederson both of Underwood, a granddaughter-in-law, Denise Skinnemoen, two great-grandchildren: Brooke Skinnemoen and her fiancé, Nate and Shelby (Adam) Hyatt, one great-great-grandchild, Piper Springer and numerous nieces, nephews and friends.  She was preceded in death by her parents, her husband, two brothers: William and Clarence and two sisters: Anna and Lois.  The family would like to thank the Broen Home staff for their compassionate care.

Funeral Service: Wednesday, June 15, 2022 at 1:00 P.M. at the Glende-Nilson Funeral Home in Fergus Falls with visitation being held for one hour prior to the service. 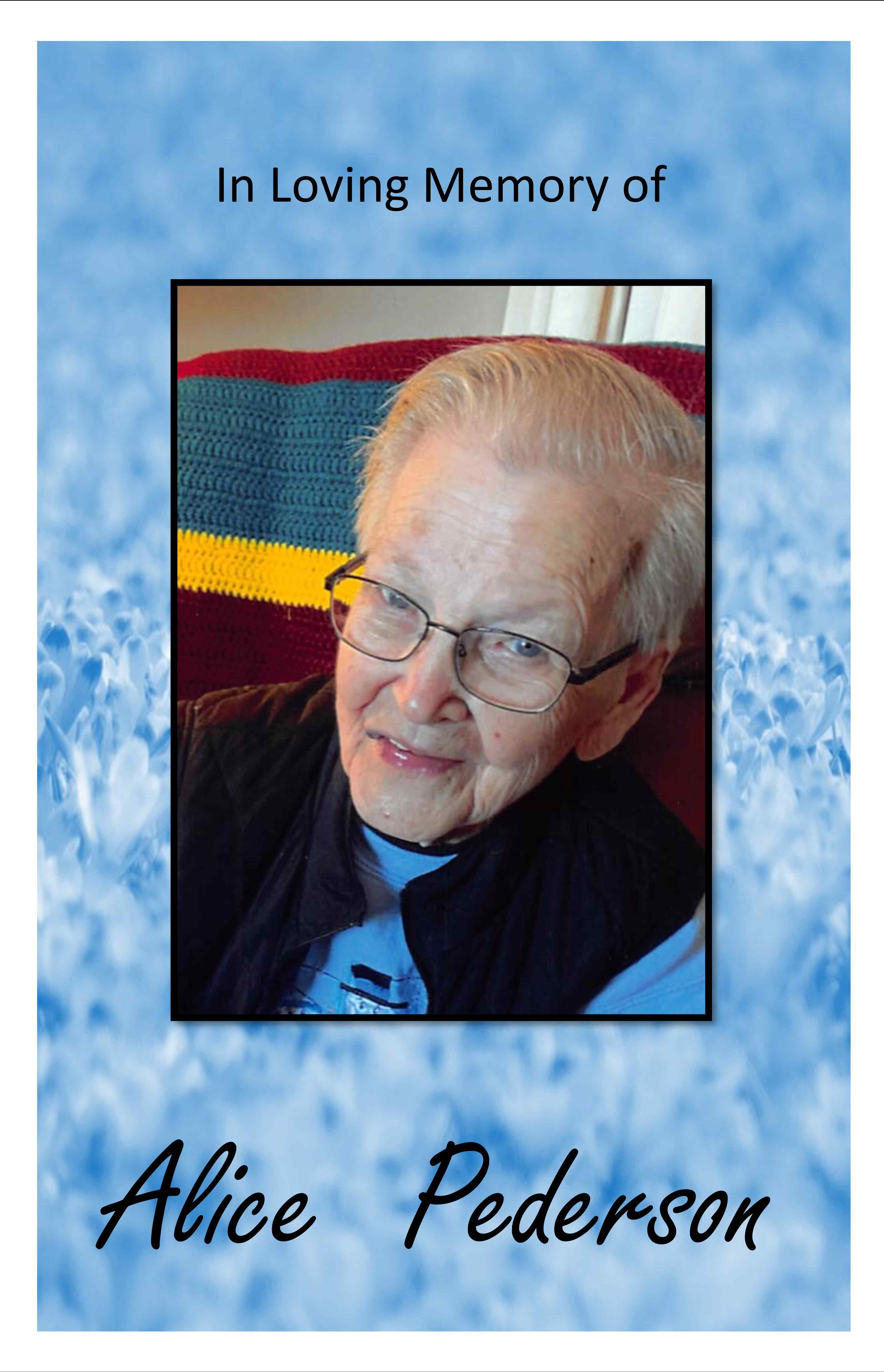 To send flowers to the family or plant a tree in memory of Alice M. (Spanswick) Pederson, please visit our floral store.

A Memorial Tree was planted for Alice