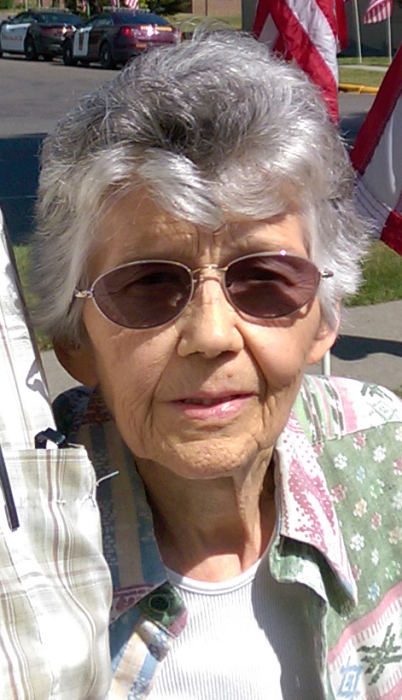 She was born April 9, 1933 in her grandmother’s bed east of Marshall, IL to Claude and Edna (Remlinger) Beltz.  She attended rural country school – eight years in a one room schoolhouse.  She attended high school for two years and then found work in town at Stovers Dry Cleaning.  Wini wanted to be a movie star as a young girl and took piano lessons.  Her love of music evoled throughout her life and she could play many stringed instruments including the guitar, Hawaiian steel, banjo and mandolin, which she favored in later years.  She liked improvising songs as she played and the Grand Old Opry would be tuned in on Saturday nights.  Loretta Lynn was her favorite singer and she had hoped to meet her one day.  She was united in marriage to Norris “Curly” Cline on a nice spring day in Ft. Meyers, FL on April 22, 1955.

After their four kids were raised and on their own, Wini and Curly worked for Mayflower Van Lines in the lower 48 as well as Canada.  After finding a gold nugget in the first pan of gravel on a sight seeing trip to Silverton, CO in 1985, she and her husband traveled the western mountain states prospecting during their retirement years.  They turned garnets, sapphires, and Apache tears as well as turquoise and gold into custom jewelry to trade or sell at swap meets on their travels.  Wini did like frequent stops at casinos where she could use her favorite school subject – math.  She was a life member of VFW Auxiliary 5975.

On her final day at Pioneer Care, the quote of the day box proclaimed, “I wrote my will across the sky in the stars”.  Wini never flew in an airplane, but she raised her family and friends to heights beyond herself.  And with the help of her “special angels” on Deerwood, she weathered the storm of crippling inherited disease.

Wini was preceded in death by her parents, her husband, her daughter-in-law, JoAnn Cline, and all of her siblings: Claude M. Beltz, Alvin L. Beltz, Charles R. Beltz, William E. Beltz, Rosanna Poma, Virgil E. Beltz and Mona I. Wallace and several nephews.  She is survived by her children: Gordon Cline, Guy (Melody) Cline, Gregory Cline and Peggy (Tim) Brusven; her grandchildren: Justin (Tanaya) Cline and their children, Brady and Brock; David Brusven and daughter, Laila; her step-grandchildren: Jamie Nicklson and daughter, Kaycee and Bailey (Josh) Zimmer and children, Aiden and Gwendolyn and numerous nieces and nephews.

PRAY OFTEN and DREAM LARGE.  You do the MATH!

To order memorial trees or send flowers to the family in memory of Winona "Wini" Cline, please visit our flower store.