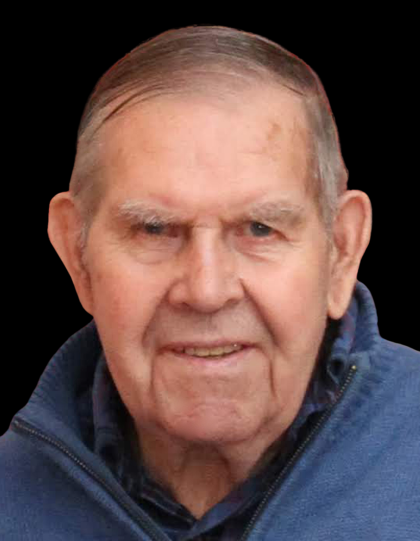 On March 25th, 1932, Willis was born to John and Martha Roehl in Fergus Falls, Minnesota. He was baptized and confirmed at Trinity Lutheran Church and attended the Northwest Agriculture School near Crookston, graduating in 1949.

Willis married Joyce Miller on September 1, 1951, at Bethlehem Lutheran Church in Fergus Falls. They made their home on the Roehl Farm west of Fergus Falls, near French. At the beginning of their marriage they operated a dairy and grain farm. Willis later switched to finishing beef cattle and bought the farm from his father, John, in 1965. After “calling it quits” with beef cattle in 1975, he went on to farm grain until his semi-retirement in 1999.

Willis was a very active member in his community and had a heart for service. He served on the Ottertail County Extension Board and Carlisle Township Board.  Also he was a member of the West Otter Tail County Fair Board for over forty years.

He was very proud of their dream home that they lived in throughout their retirement, which he designed himself. Willis spent his retirement tending the expansive gardens throughout the property and continuing their travels around the world. Their property was well known around town for their Peanuts statues displayed outside of their home in the summer that are now located at Dairyland.

He is survived by his brother Robert (Valdean) Roehl of Fergus Falls; five daughters, Carol (Frank) Pengal of Hibbing, Linda Roehl of Golden Valley, Nancy (Gary) Een of Maple Grove, Mary (Phillip) Buchanan of Maple Grove, and Vicky (Paul) Wilken of Oak Grove; eleven grandchildren; eleven great-grandchildren; and by numerous relatives and friends. Willis is preceded in death by his wife, Joyce in October of 2019; and his parents.

Visitation: Sunday from 4 to 6 PM at the funeral home and one hour prior at the church.

To order memorial trees or send flowers to the family in memory of Willis Roehl, please visit our flower store.