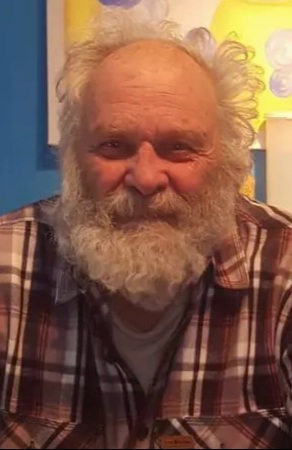 Willis John Nelson, Jr. was born March 12, 1939 to Willis John Nelson, Sr. and Helen Erica (Wegnar) Nelson in Litchfield, MN. He was the third of 6 children. Willis graduated from Crookston High School and furthered his education at Moorhead University with a Degree in Liberal Arts.

In 1961 Willis joined the Military Service. He completed basic training at Ft. Leonard Wood and was stationed at Ft. Snelling, MN. He trained for the Military Police and escorted wartime prisoners, by train, to Ft. Sheridan, IL. Dad had a love for dogs and would pet the German Shepard guard dogs every chance he got. He completed his two years of full-time service, then his four years of in-active duty. He left the army as Sergeant First Class, with a Good Conduct Medal, Marksman Badge (Rifle), Marksman Badge (Carbine).

Willis and wife Bonnie moved to New Effington, SD in 1966 then Gary, SD in 1975 where he was Principle and taught Business classes in both schools. In 1976 a hardware store was purchased in South Shore, SD and operated until 1982. During this time Willis became the Manager of the rural water systems in Milbank, Arlington, Aberdeen and Gettysburg (Eagle Butte) where he retired from at the age of 65.

Willis was a lover of the outdoors; camping, fishing and especially hunting pheasants and deer which he shared with his kids. In the early 1980’s Willis and Steve headed out west to hunt in the Slim Buttes area. He made up an outfitters camp and hunted the area with rural water friends, his kids and grandsons until 2012. It eventually became known as Willie’s World.

In Willis’s spare time he was cutting down trees, tearing down houses to sell the wood, tending gardens and raising pigs with his daughter, Rene’e. Willis was also a big dog lover. He raised German Shepard pups for a few years then moved on to yellow labs. He was always seen with his dogs especially during pheasant season.

Grandpa Woody, Hunter couldn’t pronounce Willie and the name stuck, loved when the grandkids would visit. He would take them exploring along the banks of the Missouri River, go to museums where the boys learned what a rotary phone was! He would take them out for ice cream. They would play in the orchard, play checkers and learned to clean chickens. Cody and Hunter would go out shooting when they were younger, then fishing and hunting deer and turkey when they were older. Every year during hunting season the boys were with him at some point or another. He shared his love of nature with them along with several valuable lessons.

Willis is proceeded in death by his parents, Willis and Helen; and sister Robyn Santillanes.

To order memorial trees or send flowers to the family in memory of Willis Nelson, Jr., please visit our flower store.