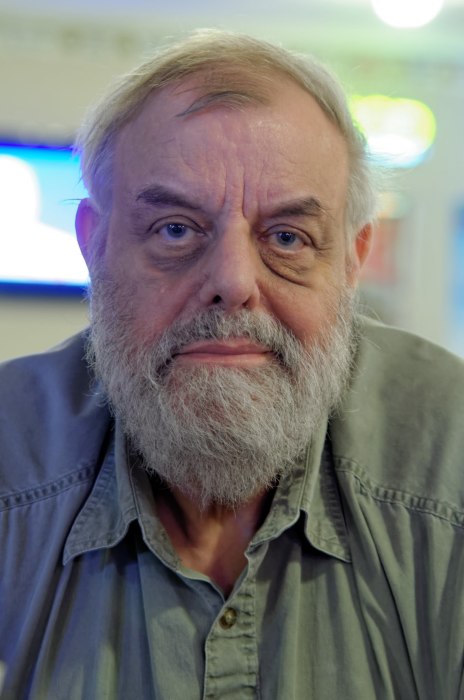 William, better known as “Bill,” was born on September 7, 1949, in Elbow Lake, MN, the son of Nicholas and Laura (Schwankl) Weyrens. He was baptized and confirmed at Our Lady of Victory Catholic Church in Fergus Falls where he also attended elementary school. Bill graduated from Fergus Falls High School. He went on to attend Fergus Falls Community College and then Bemidji State College, where he received his bachelor’s degree in Biology.

After completing his education, Bill built a house for his family on his parents’ homestead on Weyrens Road. Bill and his father, Nicholas, worked together for many years operating Bill’s Backhoe. Their services included digging graves, cement work, and plowing snow. Bill also worked for the State of Minnesota and the Fergus Falls Community College as a Print Shop Director. He also taught black and white photography courses at the Fergus Falls Community College and worked at the Salvation Army Thrift Store.

His hobbies included woodworking, photography, motorcycles, and tinkering with engines and machines. He was happiest while on his boat on the Ottertail River, especially in the company of close family and friends. He loved dogs and was rarely seen at home without one close by. He was affectionately known around the area as “Wild Man,” a nickname given to him by his best friend in high school. Bill had a gift for storytelling and brought his dry and witty sense of humor to all his interactions. His close family knew that beneath a sometimes gruff exterior, he was really a teddy bear with a large and open heart.

He is survived by his fiance,Nancy Diiro and her daughter, Shelby of Fergus Falls; two daughters,  Kristi and Angela Weyrens of Portland, OR;siblings, Patricia (Jerry) Weyrens, Paul (Jane) Weyrens, Nicholas (Marie) Weyrens and Deborah (Michael) Friman along with numerous relatives and friends. He was preceded in death by his parents and a brother in infancy,Keith Weyrens.

Arrangements are with the Glende-Nilson Funeral Home of Fergus Falls

To order memorial trees or send flowers to the family in memory of William "Bill" Weyrens, please visit our flower store.