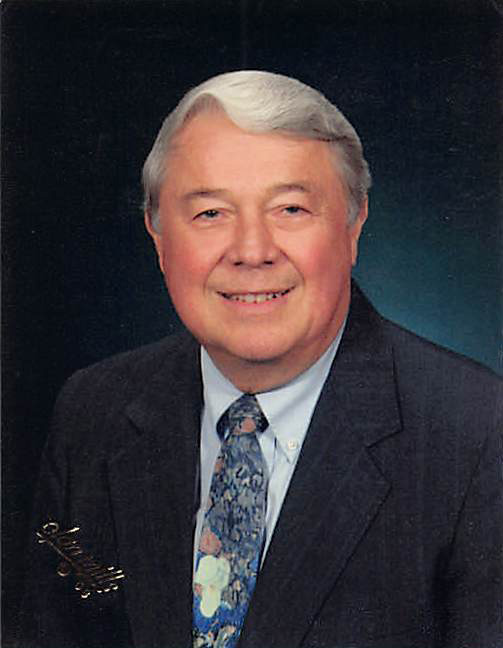 Wayne was born on July 30, 1939, to Martin Ronning and Ella (Hogenson) Ronning in Maddock, ND. He attended Oak Grove Lutheran High School in Fargo, ND where he met the love of his life, Gloria Anderson, graduating in 1957. He pursued his studies at California Maritime Academy in Vallejo, California obtaining his B.S. degree in Marine Engineering. In 1961, he and Gloria were married, and he began working at Aero Jet General in Sacramento testing Titan missiles.

In 1963, Wayne, Gloria, and infant son Bob moved to Fergus Falls where Wayne started working for Ottertail power company as an engineer in the power production department. In 1972 he started working at Dieseth Specialty Company, and in 1983, he and his partner Arlo Hanson, started their own highway construction company, H and R Construction which is still a generational business now led by his son, Bob and grandson, Corey.

Wayne had a passion and heart for the community of Fergus Falls. He was a founding member of the YMCA and Young Life and served on their boards for many years. He also volunteered his time as a hospice volunteer, Steven’s ministry, and as an elder at Federated Church. While his three children were in school, he enjoyed serving on the school board for nine years.

Wayne, of course, loved to have fun. Family ski trips, winters in Florida, summers on the lake, and traveling internationally and around the United States brought him great joy. He loved watching his children participate in their activities and spending time with his grandchildren, teaching them many lessons by the way he lived his life.

Preceding him in death were his parents, and brother Robert Ronning.

Special thanks to the entire staff at Pioneer Cottages, Pioneer Care Center and to all our family and friends. Your many expressions of kindness and love are deeply appreciated.

Memorial Service to be held at 2:00 PM Saturday, April 23, 2022, at Federated Church, with a visitation one hour prior to the service.

To order memorial trees or send flowers to the family in memory of Wayne Ronning, please visit our flower store.