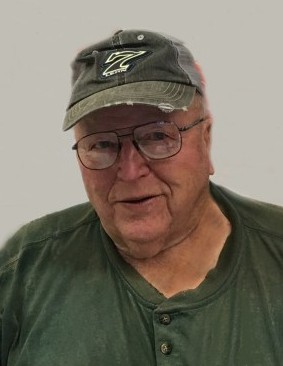 Walter was born on the family farm in Aurdal Township, OtterTail County, Minnesota, the son of Alfred and Annie (Halverson) Bergrud.  He attended country school through the eighth grade, and later received his GED.  While serving in the Air Force, Walt was stationed in London, England, where he had the opportunity to meet Sir Winston Churchill.  Following his honorable discharge in 1955, Walt went to work as a milk man for MidAm Dairy in the Fergus Falls area for 30+ years.  He also farmed along with his brother Milford on the family farm.

An avid snowmobiler, Walt was a member of many clubs and in his early 70’s rode over 7,000 miles one winter.  A talented snowmobile racer, Walt was extremely competitive and was well known throughout the state.  Second to snowmobiling, Walt greatly enjoyed stock car racing, attending as many as 70 – 80 races a year in his most active years.

In his earlier years, Walt took many hunting trips with his cousin Roger:  Elk in Colorado, Moose in Canada, and muskies in Minnesota, to name a few.

Walter is survived by his cousins and many friends.

In addition to his parents, he was preceded in death by his siblings, Milford and Irene.

Memorial Service:  11:00 AM Thursday, December 20, 2018, at Glende-Nilson Funeral Home, Fergus Falls, with visitation one hour prior to services.

To order memorial trees or send flowers to the family in memory of Walter Bergrud, please visit our flower store.