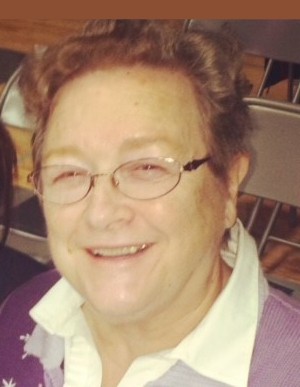 Virginia May Swartz was born on May 1, 1940, the daughter of Willard and Lena (Watt) Ness.  She was baptized in the Catholic Faith.  Ginny attended the Grand Rapids Public School, then the Motley High School graduating in 1958, and continued her education at St. Gabriel’s School of Nursing in Little Falls.

Ginny and Gerald Lee Swartz were married on July 15, 1959.  They lived in San Diego, California until April of 1961, moved to Minnesota living in Appleton until 1963, and then Alexandria until 2000, when they moved to their farm by Henning where she and Jerry ran a cow/calf operation with their son, John.  She worked for a short time as a nurse and then became a realtor, working thirty-eight years in Alexandria and nine years in Henning.  Ginny enjoyed being a loving wife and mother, genealogy, loved to cook and always raised a garden.

She is survived by her husband, Jerry; four children, Joseph Lee (Sharon) Swartz of Alexandria, Deborah (Jim) Baier of Rice, Denise (Scott) Keller of Buffalo and John Swartz of Henning; numerous grandchildren and great-grandchildren; sister, Patricia (Robert) Ronay of Texas; and by numerous relatives and friends.  Ginny was preceded in death by her parents, Willard and Lena Ness.

Visitation: 1 hour prior at the church

To order memorial trees or send flowers to the family in memory of Virginia Swartz, please visit our flower store.