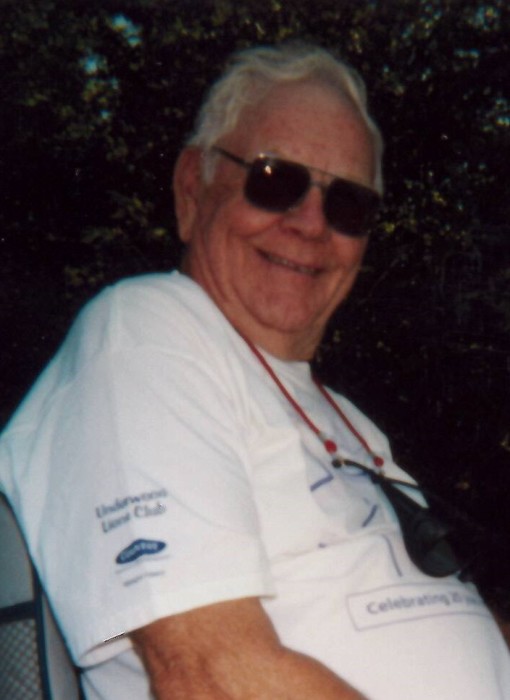 Virgil Arnold Jensen was born on October 21, 1926, in Wyndmere, North Dakota the son of Grant M. and Jennie (Christensen) Jensen.  He was baptized in Wyndmere and grew up in Wyndmere and by Otter Tail Lake.  Virgil attended the Amor School and then the Battle Lake High School.  He served in the US Navy and US Army during World War II and Korea, and was discharged in 1950.

Virgil and Donagene Meader were married on June 8, 1951, at her parent’s farm by Dent, by Rev. Ahlstrom.   After their marriage they lived in Kansas City, Missouri, Alexandria, Minnesota  and since 1957 have made their home in Battle Lake.  Virgil had worked as a mechanic in Fergus Falls, Kansas City, Missouri, Alexandria and Battle Lake.  He enjoyed hunting, fishing, making knives, restoring antique outboard motors and restoring old wood boats. Virgil spent a considerable amount of time volunteering for community service groups, missions and he also served as a father figure for many.  Virgil was a member of American Legion Post #289 in  Battle Lake, the Masonic Lodge #99 in Fergus Falls, past member of the Battle Fire Department, Battle Lake Ambulance and Vikingland Snowmobile Club.

Virgil passed away on Thursday, March 15, 2018, at the Good Samaritan Society, Battle Lake, at the age of 91 years.

He is survived by his wife, Donna; daughter, Susan R. Jensen of Fargo; son, Phil (Michelle) Jensen of Ottertail; grandsons Zach Jensen of Fargo, Grant (Nina) Jensen of Fargo; 3 great-grandchildren Hailey, Brooklyn and Daxton and by numerous relatives and friends.  Virgil was preceded in death by his son Mark, parents and brother Vern.

In lieu of flowers memorials preferred to Bethany Outreach Ministries in Alamo, Texas.

To order memorial trees or send flowers to the family in memory of Virgil Jensen, please visit our flower store.