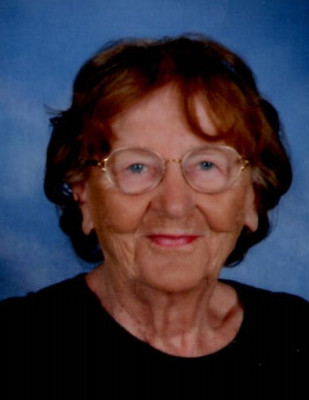 Vendella R. Paulson was born on February 17, 1930 to parents Reuben and Stella Jones. She went to the one room school house in Melby, MN before later graduating from Evansville High School. After she finished school, she was united in marriage to Gene Paulson. To this union three children were born: Tracy, Shelly, and Vicky. Vendy worked at Univac, which later turned into Unisys, until she retired. In 1997 she began to winter in Buttonwood Bay in Florida and continued to do so until the early 2010’s.

Vendy enjoyed playing cards and spending time at the cabin on Lake Moses. She also loved spending time with her grandson Zach. Vendy was very social, and was always ready to try anything.

Funeral to be held on Friday, August 19, 2022 at 11 AM at Christina Lake Lutheran Church in Evansville, MN, with a visitation beginning an hour prior.

To order memorial trees or send flowers to the family in memory of Vendella "Vendy" Paulson, please visit our flower store.