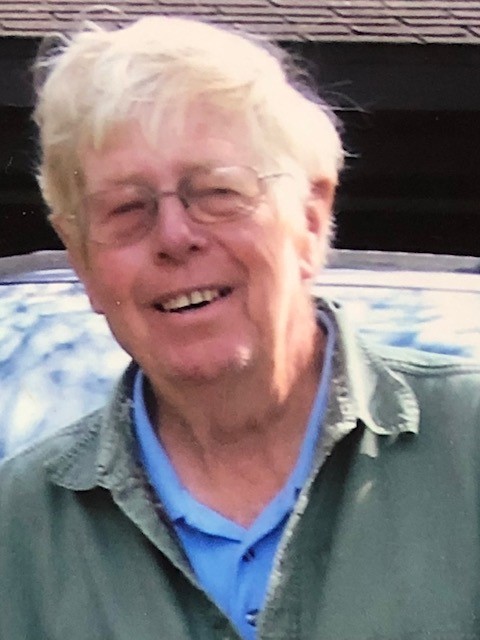 Tim was welcomed into this world in December 1942 by Daniel and Hazel (Giddings) Lawler. He grew up in Breckenridge, Minnesota. He met and married his childhood sweetheart Mary Litton and together they raised three children. Tim and Mary spent 61 years together and enjoyed many adventures throughout the years. Tim worked for MNDOT in St. Paul for several years. Upon leaving MNDOT, together with his brother in law, he purchased and operated Bernie’s Motor Supply in Morris, Minnesota. Tim retired at the youthful age of 45 and the business was sold to Tim’s son, although Tim continued to work at Bernie’s part time for many years. His customers appreciated his work ethic, customer service and his sense of humor. In 1969, Tim and Mary took what was at the time a great risk and purchased Lakeview Resort on Stuart Lake in Otter Tail County. Lakeview was run as a family resort for many years and eventually became Tim and Mary’s permanent home. It turned out to be a wonderful decision as Lakeview continues to be loved and enjoyed by Tim’s children, grandchildren, great grandchildren and friends. Tim and Mary also owned a home in Sun City, Arizona where they spent several winters and enjoyed the company of many friends. They organized courtyard gatherings, card parties and bingo night.

Tim was an avid and exceptional bowler. He grew up setting pins in bowling alleys to earn money to be able to bowl himself. He participated in many local and regional bowling tournaments. Unfortunately, the elusive 300 game escaped him, narrowly missing by 1 pin in a tournament in Indianapolis. Tim was also an avid horseshoe player. He played on a league during his years living in Morris, and for more than 30 years hosted an annual Labor Day weekend tournament, “Tim’s Tourney, Lakeview Open.” To win the tournament was much coveted, and Tim won this several times himself. In later years, Tim started golfing. He enjoyed being a part of the men’s league at Balmoral in Otter Tail County. He was proud to have made a hole in one on hole number 2 of Bal. He and Mary also enjoyed traveling, metal detecting and they crafted handmade rugs which they sold at Phelps Mill and other local craft fairs. Tim also loved a good game of cards and was the first at the table, and thoroughly enjoyed winning, and perhaps gloating a bit. Tim hosted opening fishing weekend for the guys, enjoying this for over 50 years. He was so fortunate to be able to have one last fishing opener in 2021. Tim was blessed with many friends throughout his years, but his MNDOT friends, who became forever friends, always held a special place in his heart and he maintained these friendships until he passed away. Tim was also very close to his brother Robert “Bob” Lawler, and they enjoyed many shenanigans together.

Tim is survived by his loving wife, Mary Lawler, Henning, Minnesota, his three children, Michael (Adele) Lawler, Morris, Minnesota, Martin (Susan) Lawler, South Dakota and Katherine (Alan) Behrens, Dumont Minnesota; two grandsons, Jeffrey (Tanisha) Behrens and Kevin (Kimberly) Behrens. He was also blessed with two great grandchildren, Gwendolyn and Logan; He was also survived by his sister, Judy Beach; brother- in- law, Phil Litton and many nieces and nephews who were special to him. He was preceded in death by his parents, Hazel and Dan Lawler; his brother, Robert Lawler and his wife Wilma; his sister, Geraldine “Jerry” Ishaug and her husband Doug; his brother- in- law, Skip Beach; his sister- in- law, Marlys Litton and brother and sister- in - law, Kenny and Betty Baumer. We pray his family and friends were waiting to meet Dad and guide him when he left this earth.

To order memorial trees or send flowers to the family in memory of Thomas "Tim" Lawler, please visit our flower store.