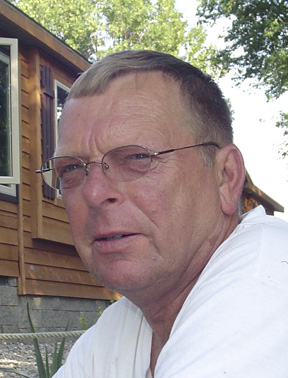 Steven Harley Zimmerman, 71 of Ashby, MN passed away on Sunday, April 29, 2018 at Sanford Medical, Fargo, ND, after his battle with lung cancer.

Steve was born on November 15, 1946 in Wadena, MN, the son of Harley and Rose Zimmerman. He served in Vietnam War, from 1965-1969 and was awarded the Bronze Star Medal for heroic achievement.

On August 1, 1970 he married the love of his life, Cheryl Ronallo. Together they had 4 children, Andy, Jenny, Janette and Paul.

Steve retired from Connexus Energy after 38 years working as a field engineer. He served as a supervisor of the Pelican Lake Township and was a member of the Ashby American Legion, VFW, NRA and Ducks Unlimited. He spent much time in the great outdoors, hunting, fishing and loved every minute of it. He had a special way of entertaining everyone around him with his own sense of humor. Steve was a genuine, strong and loving husband, dad, brother, uncle, grandpa and friend.

In lieu of flowers, donations preferred to the family to be donated to charity of their choice

Visitation: Thursday, May 3, 2018, from 5-7, with a 6:30 Prayer service at the Glende-Nilson Funeral Home in Ashby and continuing one hour prior to the service at the church.

To plant a beautiful memorial tree in memory of Steven Zimmerman, please visit our Tree Store.

To order memorial trees or send flowers to the family in memory of Steven Zimmerman, please visit our flower store.