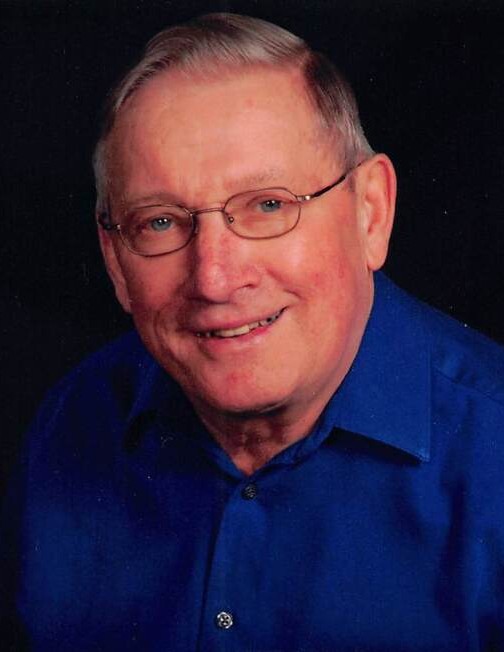 Stanley Eugene Quam was born March 12, 1933 to Julian E. and Esther (Shultz) Quam on the farm in Carlisle Township, Ottertail County. He was the fourth of five sons and was baptized and confirmed at Trinity Lutheran Church in Fergus Falls.  His first eight years of schooling were in Rural School District #54.  He graduated from Fergus Falls High School in 1951.

In May of 1953 Stan was drafted into the Army.  His basic training was in Fort Lewis, Washington.  It was near the end of the Korean Conflict that he spent 11 months in Korea and six months in Japan.  It was a two-week journey on the USS Breckenridge from Japan to California. He never forgot the wonderful feeling when the ship passed under the Golden Gate Bridge in San Francisco because they were finally back in the United States. He was honorably discharged from the Army in April 1955 at Fort Carson, Colorado being awarded numerous Service Medals.

Stan worked at the Regional Treatment Center for several years and then was an employee of the United States Postal Service for 32 years retiring in 1995. One of the most fun, postretirement, jobs he had was delivering flowers for a local flower shop. He would say. ‘Who doesn’t like to get flowers?”

In 1967 he married Donna Steen at Trinity Lutheran Church in Clinton, MN. They were blessed with two children, Paul and Karen.

Stan and Donna traveled to all 50 states and 14 other countries. Traveling was something he really enjoyed whether it was the two of them or with a group.

Stan was a charter member of the Fergus Falls Walk of Flags, serving as a board member. For many years he helped with displaying the flags as well. He was also active with the VFW, American Legion, National Active and Retired Federal Employees (NARFE), the Food Shelf, Meals by Wheels, First Lutheran Church and as a board member for Knollwood Memorial Gardens. Memorial Day was a special time for him when he helped place the American flags on the graves of veterans at several cemeteries.

Being raised on a farm, Stan loved gardening and taking care of their lawn and yard. His convertible, motorcycles and John Deere tractors as well as his family brought him much enjoyment.

Even as Stan’s memory was failing, he was so pleasant and always had his wonderful smile.

He is survived by his wife Donna, son Paul (Erin) Quam and daughter Karen Quam (Greg Hellen), sisters-in-law Shirley Burkhartzmeyer and Solveig Steen, nieces, nephews, other relatives and friends. Proceeding him in death were his parents, Julian and Esther, brothers Donald, Ronald, Robert and Richard.

CDC Guidelines of social distancing and wearing masks will be followed.

Funeral Service: 2:00 PM Friday, August 27, 2021, at First Lutheran Church in Fergus Falls with visitation one hour prior to the service.

To order memorial trees or send flowers to the family in memory of Stanley Quam, please visit our flower store.