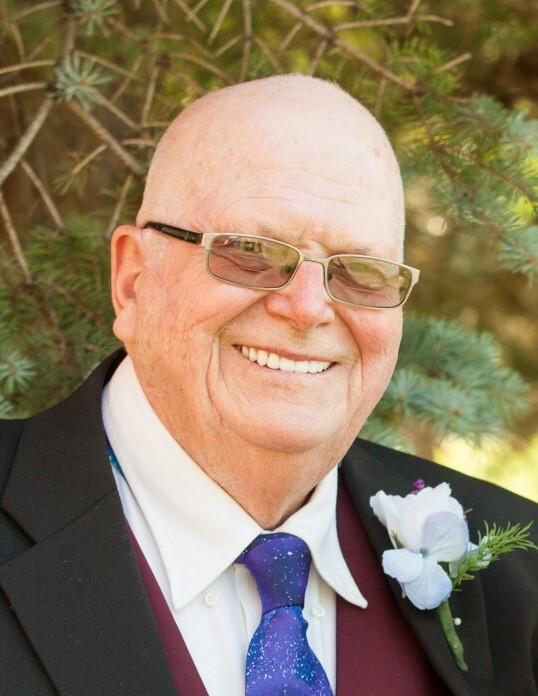 Stanley (Stan) Allen Christenson, 78, of Balsam Lake, WI, passed away peacefully to be with the Lord on September 6th, 2021, from complications of coronavirus.

Stan was born on December 29th, 1942, to Sidney and Amelia (Hanson) Christenson in Wilkin County, MN. He was born and raised on the family farm in Doran, MN, and attended Campbell Public School with his five younger brothers and two younger sisters. Throughout his childhood, his family were members of Stiklestad Lutheran Church where Stan was baptized on January 31st, 1943 and confirmed his Christian faith in April 1957. In 1960, Stan was awarded a diploma from West Central School of Agriculture.

He was united in holy matrimony to Viviann Ann Knutson on November 14, 1964, at Augustana Lutheran Church in Fergus Falls, MN. This union was blessed with five children and several grandchildren.

Stan was a self-proclaimed ‘jack-of-all-trades’ who enjoyed stepping out of his role to assist others. Before his retirement, Stan worked in manufacturing, mechanics, and truck driving. One of Stan’s interests was being an active member of the Lake Region Pioneer Threshermen’s Association in Dalton, MN, where he assisted with the yearly show.

One of Stan’s proudest accomplishments, besides his wife and children, was being a member of Stiklestad Lutheran Church. He continued this service with being a charter member of Calvary Free Lutheran Church in Fergus Falls, MN, where he volunteered as a deacon, usher, sound technician, and janitor; however, he was always prepared to help wherever he was needed. This service continued when Stan and Viviann relocated to Osceola, WI, in April of 2013, where they were the founders of the S.O.H.L.mates volunteer program at the Association Retreat Center. While living in Wisconsin, Stan attended Amery Free Lutheran Church and later became an active member of the congregation.

Stan is survived by his wife, Viviann (Knutson) of Balsam Lake, WI, and their five children: Mayme (Ronald) Hofland, Anthony (Darla) Christenson both of Fergus Falls, MN, Allean Christenson of Osceola, WI, Eric (Andrea) Christenson of Plymouth, MN, and Nicole Christenson of Edina, MN, along with numerous grandchildren; brothers, Arnold, James, Melvin, Steven, Arthur; sisters, Agnes and Gladys; and a host of devoted nieces, nephews, cousins, and friends. He is preceded in death by his parents, Sidney and Amelia Christenson.

Wiscosin Services: Visitation will be at Williamson-White Funeral Home in Amery, WI, on Sunday, September 12th, from 4pm-6pm.

Funeral Service will be at Amery Free Lutheran Church in Amery, WI, on Monday, September 13th, at 11am with visitation starting an hour before.

Minnesota Services: Burial will be at Stiklestad Lutheran Church in rural Doran, MN on Tuesday, September 14th, at 2pm with a light lunch immediately following at Glende-Nilson Funeral Home.

On Saturday, September 25th, a Celebration of Life prayer service will be held at Calvary Free Lutheran Church in Fergus Falls, MN at 2pm.

Glende-Nilson Funeral Home of Fergus Falls is assisting with arrangements.

To order memorial trees or send flowers to the family in memory of Stanley Christenson, please visit our flower store.