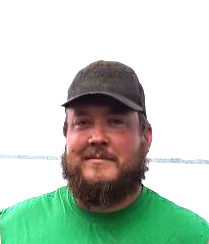 Seth Cullen Nelson was born on May 7, 1990, in Fergus Falls, Minnesota the son of Dean and Colleen (Butler) Nelson.  He attended the Battle Lake Public School, graduating from the Battle Lake High School in 2008, furthered his education with the Alexandria Technical College in Mechanics, and through the years received various other certifications.

He married his high school sweetheart, Joey Lynn Cole and they lived in their home south of Battle Lake.  Family meant a lot to Seth, and he was proud of his four children, Leyla, Emmitt, Sawyer and Dexter.  He enjoyed hunting, fishing, the outdoors, repairing and fixing, he appreciated his friends and liked helping people.  Seth worked at Sand Bay Resort, Battle Lake Express, Shoreline Restaurant, Battle Lake Good Samaritan Center, managed Cenex, owned and operated 210 Auto Tire and Exhaust, then was with Mark Sand and Gravel, RDO Equipment and was now employed with Hansen Service by Dalton.

There will be a Private Family and Friends Celebration.

To order memorial trees or send flowers to the family in memory of Seth Nelson, please visit our flower store.