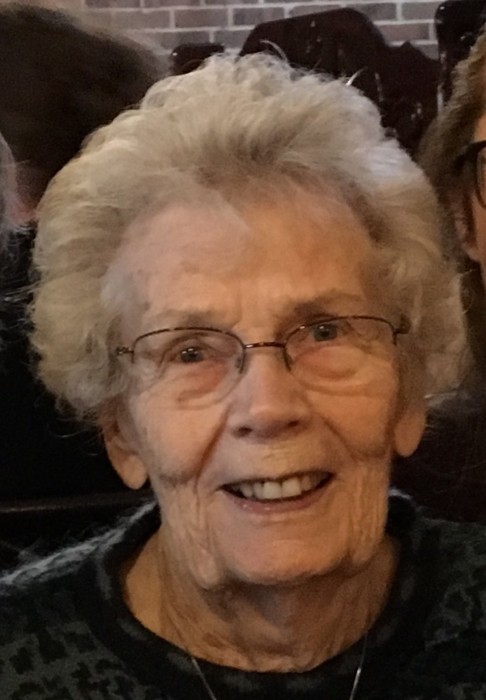 Ruth Charlotte Clementsen was born on February 20, 1928, to Norwegian immigrant parents John and Astrid Berg Clementsen. She grew up in Annadale, Staten Island, New York, where she graduated from Tottenville High School. She had an independent spirit: as a teenager she decided to add an “e” to her name, and was known as Ruthe from then on.

In 1946 she married George Thilberg. They lived in Jamesport, New York, and together they had three children: Jeffry, Penny and Neil. The marriage later ended.

In 1958 she married Ernest T. (Ted) Berkeley, Jr.  Together they had a daughter, Lori. They lived in Hurley, New Mexico; Chatsworth, California; Sturbridge, Massachusetts; and New Ipswich, New Hampshire.  In 1994 they retired to Washington Island, Wisconsin, where they enjoyed twenty years in a beautiful island community before moving to Battle Lake, Minnesota in 2014.

Ruthe enjoyed music and had a lovely singing voice.  She sang for many years in her church choirs and directed a children’s choir while in Chatsworth.  Ruthe was also an avid reader and particularly enjoyed her years working on the staff of the Joshua Hyde Public Library in Sturbridge.

She had many gifts and talents –  a seamstress (she made many of her family’s clothes, including Lori’s wedding dress), a quilter, a swimmer (even tackling the waters of Lake Michigan), and was a great cook.  In her retirement years she took up painting and her family members have many of her water color paintings on display in their homes.

Ruthe was a woman of deep Christian faith, and a very warm and caring person with a great sense of humor.  She was a gracious hostess who always welcomed people into her home – whether for personal visits or frequent small group meetings and open houses at the parsonage.  She is remembered by many as one of the kindest women they’d ever met.  These were traits that combined to make her an outstanding partner with her husband in her life as a pastor’s wife.

Ruthe was predeceased by her parents; son Neil; and sisters and brothers-in-law Asie (Fred) Espenak and Marie (Walter) Taylor.

No services are planned at this time.

To order memorial trees or send flowers to the family in memory of Ruthe Berkeley, please visit our flower store.