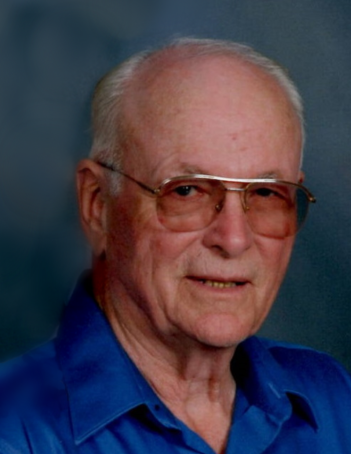 Russell Orton Marple was born January 22, 1932, in Alexandria, Minnesota, to Max and Hazel (Peterson) Marple. He attended Alexandria High School through 11th grade and graduated from Elbow Lake–Wendell High School during his senior year in 1950. He attended Brown Institute for Radio Announcing in Minneapolis for a short period of time, then continued on to North Dakota State School of Science in Wahpeton, North Dakota, for Journalism and Printing.

Russell met the love of his life, Gloria Koziol, in 1958 on a blind date. They were married on November 5, 1960, and had six children — Russell Jr., Julie, Jean, June, Curtis, and Kyle. They lived in several places but in October 1966, they settled on their farm outside of Wendell where they lived for 54 years. A move to Fergus Falls has been their home for the past two years.

Russell’s career started as a Linotype Press Operator for the Grant County Herald Newspaper in Elbow Lake. He then farmed for over 20 years. In addition to farming, he sold Real Estate for Century 21 out of Alexandria and also worked for West Central Community Action in Elbow Lake as a Field Representative. He retired from farming in 1993.

He enjoyed playing accordion and piano as part of his love for music. Vacationing was spent on the water in Lake Minnewaska in Glenwood boating and fishing, and spending many winters in Arizona to relax in the warmer weather. He took great pride in the appearance of his farm and never passed by a good garage sale.

Russell is preceded in death by his parents, Max and Hazel Marple, and his son, Kyle Marple.

Celebration of life will be held Friday, June 24, 2022 at 11 AM at the Glende-Nilson Funeral Home in Fergus Falls, Minnesota. A visitation will begin at 10 AM.

To order memorial trees or send flowers to the family in memory of Russell Marple, please visit our flower store.
Open