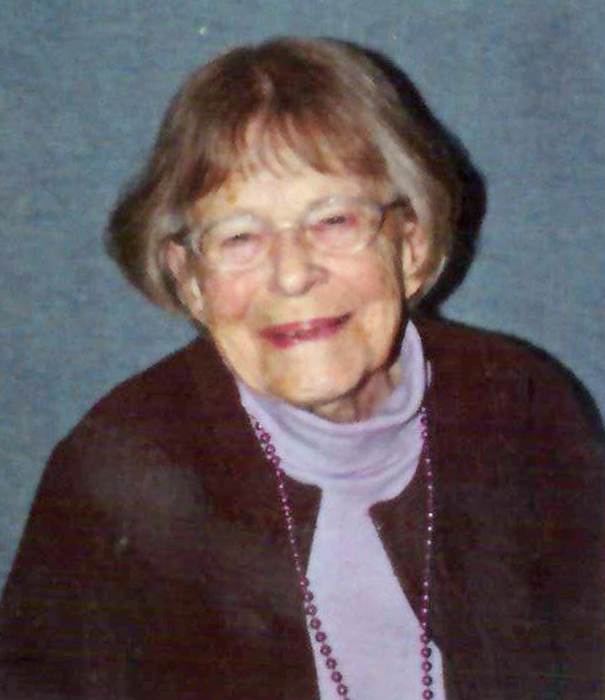 Clara Rosalie Bergantine (known as either Rosalie or Rose) was born July 30, 1916, at Phelps, Minnesota, the only child of Peder and Huldah (Murk) Sande. She grew up at Phelps and as a young girl began helping her parents at Phelps Store which they owned and operated.

Phelps Store and the country neighbors the store served comprised some of her fondest girlhood memories. Those times and the close-knit Phelps community were remembered with much affection as stories of her life she later shared with her children.

Rosalie was baptized and confirmed at Tingvold Lutheran Church, rural Underwood. She attended Country School #146 in Maine Township, then attended Park Region Luther College (now Hillcrest Lutheran Academy) and was a 1934 graduate of Fergus Falls High School, which was then in the Washington High School building.

Rosalie and Angelo Richard (Dick) Bergantine were married on December 28, 1936 at her parents home at Phelps. They lived in Glasgow, Montana where Dick worked on the construction of Ft. Peck Dam. They returned to Phelps in 1944 and in 1956 they moved to Fergus Falls.

Rosalie was a homemaker and kept busy with raising their family of seven children. She enjoyed cooking, frying fish, gardening, knitting (especially mittens for the grandchildren she loved dearly), making apple pies, and was known for her spaghetti dinners. She loved nature, her faith, family, and her husband Dick with whom she enjoyed over 70 years of marriage. Rosalie was an active member of Our Lady of Victory Catholic Church where she was a longtime member of St Ann's Mission Circle.

Mass of Christian Burial: 11:00 AM Saturday, December 14, 2019, at Our Lady of Victory Catholic Church in Fergus Falls, with visitation one hour prior to services at the church.

To order memorial trees or send flowers to the family in memory of Rosalie Bergantine, please visit our flower store.