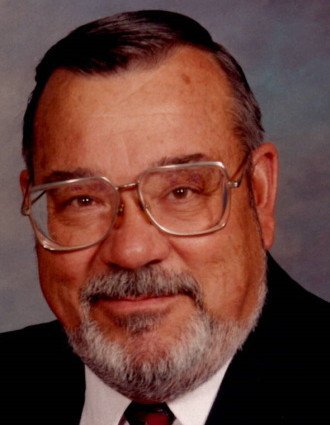 Ronald Harry was born on January 9, 1941, in Fergus Falls, Minnesota, the son of Harry Carl and LaVerne (Zahnow) Drager. He was raised in Fergus Falls, baptized, and confirmed in Trinity Lutheran Church in Fergus Falls, MN. Ronald graduated from Fergus Falls High School in 1959. After high school, Ronald enlisted in the U.S. Navy, serving for 4 years until his honorable discharge. Ron attended NDSCS in Wahpeton, earning his Electricians Degree.

Ronald and Beverly Drager met accidentally when his date locked herself out of her apartment and asked if Ronnie could bring her to her friend Bev's. Bev was sitting at the table dressed in a bright orange bathrobe, hair in curlers, eating pizza and drinking Coca-Cola, studying for her exams. Two years later, Bev and Ronnie were married on March 19, 1966, in Trinity Lutheran Church in Fergus Falls. Ronnie and Bev were passionately in love with each other. Would move mountains and their households for one another. As their children, we are ecstatic that they are together again. They lived in East Grand Forks, MN, where Ron worked at Northwestern Bell as a lineman and later as a supervisor. After Bell telephone devested. Ronnie chose to leave Northwestern Bell and work with AT&T. Consequently, the family moved to White Bear Lake in 1985 and a year later to Easton, Pennsylvania. Ron worked as a corporate executive and inventor until he retired. Ron and Bev were involved with Boy Scouts for 12 years, where he received numerous awards and acknowledgments. They attended Immanuel Lutheran Church in Grand Forks, ND, where Ron was an Elder, held multiple church positions, and participated in Children's Christian Education. In 1993, Ron and Bev moved back to the Midwest, to Casselton, ND. Just before moving back to the Midwest, Ron began his career as a postman and served the Fargo-Morehead area on town and rural routes. Ron became more involved in the VFW, held the office of Chaplin, and assisted with color guard for memorial services. In 2017 Ronnie and Bev moved to Fergus Falls. Ron and Bev enjoyed spending time at their summer place, "The Love Shack," on the Otter Tail River. He enjoyed fishing, hunting, and tending to his yard to the point that Bev and Andrea would hand him a level to ensure the grass was even. He had a passion for watching and feeding the birds year-round. Ron was very proud of his time in the Navy onboard The USS Cowell DD 547. Ron enjoyed attending his Navy Reunions and even helped Bev organize one in Rapid City, SD. Ronnie was very traditional and family oriented; he took pride in being the oldest male heir of the Drager family. Ron cherished his time with family and friends and was a dog guy who cats loved.

Memorials can be sent to any of the following: Concordia University Saint Paul-Church Worker Tuition Guarantee (One.csp.edu/memorial (Look for Ronald Drager)), Mainstreet Living (MainStreetLiving.com –Choose North (Fargo) Location, scroll down to "Click Here for Support) or Military Bible Stick (FaithComesByHearing.com/get-involved. Click "donate to specific program" Click down arrow and choose "military outreach") At CSP, please search for Ronald Drager Memorial, at other sites please click "donate in Honor of Someone or add Ron Drager in comments so we can send you a thank you card.

To order memorial trees or send flowers to the family in memory of Ronald Drager, please visit our flower store.
Open