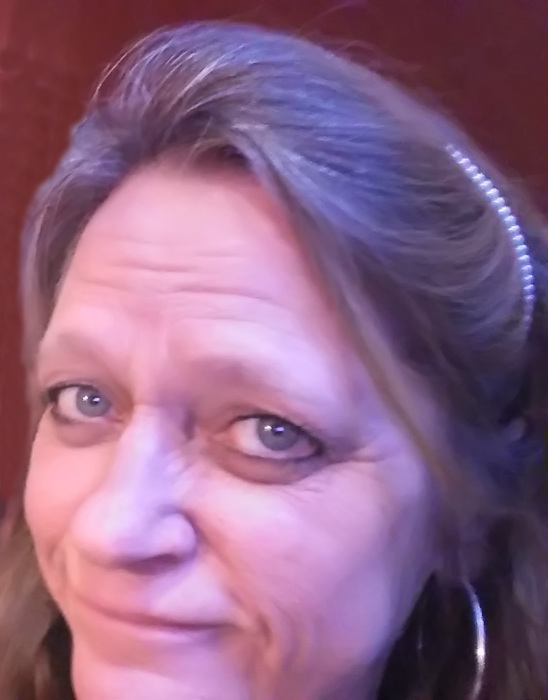 Robin Gayle Padgett, 56, entered heavens gates the afternoon of August 26, 2018, from the comforts of her own home in Evansville, with her youngest daughter, Joni Lynn Lepinski and her golden lab, Ruby, by her side.

Robin Gayle Padgett (Hagen) was born in Grand forks, ND on September 27, 1961, the first born of the late Dennis Wayne Hagen and Gayle Larraine Hagen. Robin was a busy woman in her years, she was a member of the American Legion Color Guard, she worked as a lunch lady for the school where her children attended, supervised the distribution of the Pioneer Press Newspaper in Minneapolis and worked as a mail carrier delivering mail to the Minneapolis North suburbs. In her most recent years she spent her time keeping watch over her family and close friends. When problems arose in her family or friend’s life she was there to support them and give much needed advice.  She was fun, loving and a great friend to all who knew her.

Arrangements assisted by the Glende-Nilson Funeral Home of Evansville.

To order memorial trees or send flowers to the family in memory of Robin Padgett, please visit our flower store.