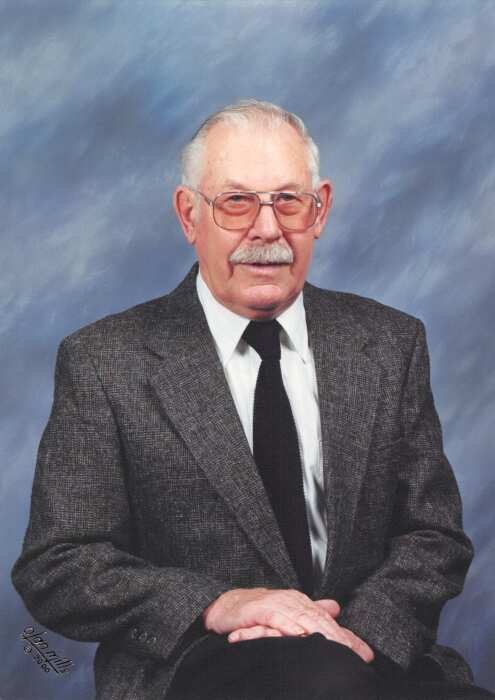 Robert was born on April 11, 1928, the oldest of two sons to John W. Jr. and Martha R. (Schmidt) Roehl in Fergus Falls. He was baptized and confirmed into the Lutheran faith at Trinity Lutheran Church, and he attended rural country school in Orwell Township and received his High School diploma later in life.

Matthew 11: 28-30…Come unto me, all ye that labour and are heavy laden, and I will give you rest.  Take my yoke upon me; for I am meek and lowly in my heart: and ye shall find rest unto your soul. For My yolk is easy, and my burden is light…. Robert was always ready to help family, neighbors, and friends.  Robert was a tireless farmer and businessman, yet filled his spare time with service to his community serving on the following:  Trinity Lutheran Church Treasurer, Elder and Council; Aid Association for Lutheran Board and member; Otter Tail Co-Op Oil Director; Farmers Co-Op Elevator Director and President; Red River Valley Development Board;  School District # 1504 Clerk; 4H member and adult leader; 1975 Valley Farmer of the Year; Orwell Township Town Board, and head election judge through the 2020 election; and Farm Bureau Board and member.

Robert and Valdine spent 20 plus years wintering in Texas. He loved Sunday drives telling Val to pack a picnic, grab the kids, and off they’d go for the day.  He was an avid collector, auction, garage sale participant and builder of many, many sheds. In the over 70 years of marriage, he lovingly cared for Valdine and the entire family.  He enjoyed baking chocolate chip cookies, brownies, chocolate cakes, or pumpkin pie for morning coffee with the boys talking farming.  He loved to garden “big”, raising enough strawberries, squash, raspberries, sweet corn, tomatoes, beets, and cucumbers for his family, neighbors, and friends. He tilled, planted and managed his last garden this past summer. He enjoyed raising Otter Tail County Fair and MN State Fair award-winning beans, corn and wheat while competing with his boys.

To order memorial trees or send flowers to the family in memory of Robert Roehl, please visit our flower store.