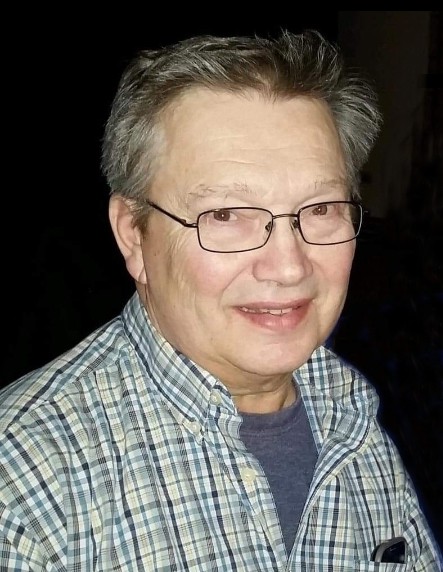 Robert Joseph Hruby was born on September 7, 1949, in Thief River Falls, MN, the son of Rudolph and Marie (Dessellier) Hruby. He was baptized and confirmed in Oklee, MN, and attended Oklee High School, graduating in 1969. He continued his education at the Thief River Falls Vo-Tech in Auto Body. Bob served his country honorably during the Vietnam War in the U.S. Army Artillery Unit.

On June 28, 1975, Bob married Mary Beth at St. John’s Catholic Church in Biwabik, MN. Bob lived in Minneapolis and Coon Rapids before moving back to Fergus Falls in 1980. He owned and operated Bob’s Body Shop of Fergus Falls, and later worked at H & R Construction of Dalton and Frontier Thiele in Fergus Falls.

To know Bob, was to know the love of all things outdoors, fishing, hunting, loving the Lord and his family fiercely. There was a time in his life that enjoyed power lifting and won many competitions throughout the state in his age category. He was an expert at reloading ammunition and could recall the most intricate details about any gun you may have questions on. Bob loved attending his family’s extra-curricular activities and was their biggest cheerleader in the audience. When asked what he wanted to be remembered for, his response was, “Someone who loved their children, grandchildren and wife.” These are 3 things we have never doubted. He fought bravely, and endured much, to hang on as long as he could because of his deep love for his grandchildren Lydia, Noah, Daniel and Grace. Though we grieve as a family for our loss and the void we feel right now, we know that Bob is truly healed, whole and rejoicing with his Savior. What great joy that brings us in the midst of sadness. As we reflect on this Christmas season, we are most thankful that our Heavenly Father sent down his son, as a baby, to ensure this is not the end and that we will see each other in eternity someday. We stand on this promise today, tomorrow and all the days ahead. Emanuel. God with us.

Preceding him in death are his parents; and brothers, Leroy, Gary and Mark.

Visitation: Saturday, December 21, 2019, from 5-7 P.M., with a 6:30 prayer service at Glende-Nilson Funeral Home in Fergus Falls and continuing one hour prior to the service at the funeral home.

To order memorial trees or send flowers to the family in memory of Robert Hruby, please visit our flower store.