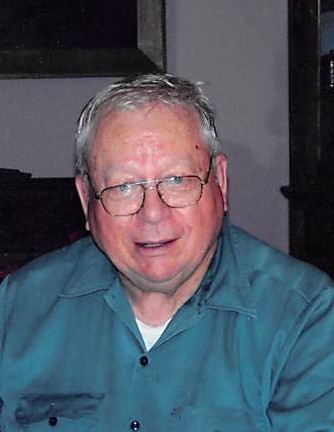 Services for Robert Focht have been postponed to a later date

Robert E. Focht was born on November 28, 1934, in Tremont, Pennsylvania the son of Leo Preston and Grace Laverne (Bush) Focht.  He was raised in the German Reform Church.  Bob attended the Tremont Public School, graduating from the Tremont High School in 1952.  He enlisted for two years in the US Army, serving in the Korean War.  He then enlisted with the US Air Force, in the communications field and was stationed at Shemya Weather Station in Alaska, Offutt Air Force Base in Nebraska, Anchorage AFB in Alaska, Westover Air Force Station in Massachusetts, Nellis Air Force Base in Las Vegas.  While assigned in communications he also worked with the Thunderbirds in his spare time. During the Vietnam War he served two tours in Thailand.  While stationed in Thailand he provided critical radio support.  His last assignment, after serving twenty-one years, was at Avon Park Air Station in Florida.  He continued the military tradition in his family.

Bob married Phyllis Kessler in Omaha, Nebraska.  To this marriage, three daughters were born: Leanna, Carol and Brenda.  After they divorced, Bob married Vanida Buranakett on July 12, 1970, in Phitsanulok, Thailand and they had one daughter, Linda.

Bob retired from the US Air Force and moved south of Battle Lake.  He owned and operated Bob’s Shop.  He also worked for a few years at Minn-Dak Beet Plant in Wahpeton, ND.  Bob and Vanida had a concrete lawn ornament business, where she did the concrete work and he did the painting.  He enjoyed fishing, grouse hunting, deer hunting, bowling and bird watching.  Bob raised exotic pheasants, peacocks, quails and guinea hens.  Bob had a good sense of humor and enjoyed people and socializing.  He liked to cook and would say “Chef Boy R Me”.   He would tell the kids, "These are Messy Grandpa’s, instead of Sloppy Joes."   He was a member of the Fergus Falls VFW and the Ashby American Legion Peterson-Tripp Post #357.

To order memorial trees or send flowers to the family in memory of Robert Focht, please visit our flower store.