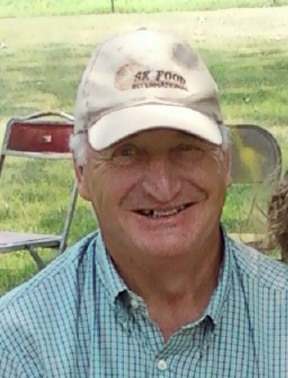 Robert Gale Christensen was born June 1st, 1944 and died February 21st, 2018. He was married to his bride, Fern, for 47 years. Together they had three daughters (Jennifer, Allison, & Rosanne) and two grandsons (Karsten & Jarren).

Bob was a farmer who worked hard and lived by the simple motto of: Take care of your own.  And for a man whose comfortable traveling pattern was 30 miles, the umbrella of people that were covered as “his own” extended far and wide.

Although not always upfront with his concern for people, those who knew him became familiar with his shorthand for sentiments.
He said congratulations with silver dollars.

Declarations of comradery were made with bags of “Bob’s Buns”.
Encouragement was given by fixing quilting emergencies with tin snips.

Get well wishes were accompanied by quart jars of gravy and pans of homemade cinnamon rolls.

And instead of “I love you” he would say “Be careful” or “Stay out of the ditch”. And there was never a question about what he actually meant.

Bob went by many handles: Robert, Grandpa, brother, Uncle Bob, Dad, Yogi, Poppa Bob and husband. He may have had a prickly farmer exterior, but he had the tender heart of a child.

To know Bob was to know you were cared for.

He will be sorely missed by many.

Funeral Service:  11 AM, March 3, 2018 at Trinity Lutheran Church, New York Mills with visitation one hour prior to the service

Please click here to view the video tribute
To order memorial trees or send flowers to the family in memory of Robert Christensen, please visit our flower store.