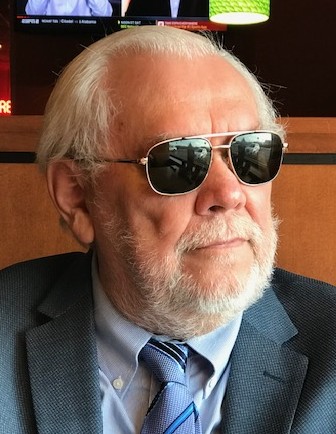 Richard Paul was born on July 23, 1945, in Fergus Falls, MN, the son of Weldon and Arlene (Hagen) Olson. He grew up in Fergus Falls and graduated from high school in 1963.

Richard joined the US Army to serve his country bravely and honorably.  He served three tours in the Vietnam War.  He then returned to Fergus Falls and worked as a machinist.

Richard married Deborah Braun in Fergus Falls.  They have three children, Heidi, Leif and Heather.  Richard worked in Fargo, ND, and later in Algona, IA, as a Business Representative for the Machinist Union and retired after 35 years.

His hobbies included woodworking, fishing, cooking, growing roses, and collecting cars, especially Cadillacs and Corvettes.  Richard and his family lived and spent time in Ely and on the North Shore of Lake Superior.  Richard enjoyed the native wildlife and the great outdoors.  He’d have the grey jays, chipmunks, and red squirrels eating out of his hands in no time.

He was preceded in death by his parents, Weldon and Arlene Olson; a son, Leif Olson, and brother, David Olson.

He is survived by his wife of 45 years, Deborah Olson of Fergus Falls; two daughters, Heidi (Nathan) Fell of Minneapolis, MN and Heather Olson of Newport, OR; a sister, Connie (Jim) Pitera of St. Paul, MN and numerous nieces and nephews.

Funeral arrangements are with the Glende-Nilson Funeral Home of Fergus Falls for Richard Olson.

To order memorial trees or send flowers to the family in memory of Richard Olson, please visit our flower store.