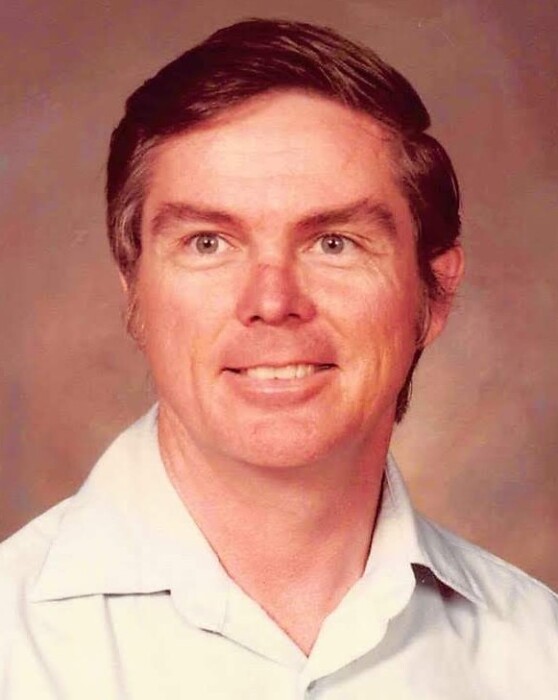 Richard George Kalling was born July 13, 1944, in Superior Wisconsin. He was the second child of John Gustav Richard Kalling and Lillie Ruth Whitlock Kalling. In his younger years he was called Dick. Except for his first and last two years, he lived exclusively in San Diego, California. A couple years after moving to San Diego, his sister Linda was born. As a youngster, living in the Clairemont neighborhood, he enjoyed riding his bike to the beach and especially enjoyed the company of his friend, Sonny Hanson. He fondly remembered coming home and eating the chocolate chip cookies and milk his mom had prepared for him and his friends after school. He and his friends built and flew model airplanes; and Richard was always interested in airplanes, cars, and technology. In high school and college he spent a lot of time with Jon Heritage, James (Dwight) Phelan, Danny Keller, and Tom Smith. He loved being in the company of his older brother, Jack, and fondly remembers the trip he made to Yosemite in his brother's convertible. His memories of going camping with his family and trips every other year to Minnesota to visit relatives were happy ones. Although his Dad drove as much as possible to get there quickly, he had good memories of stopping at motels with swimming pools and eating delicious peaches in Utah. In high school he was a member of the track team and even later as an adult encouraged his son to do long distance running. His first car was a Morris Mini. It was his main form of transportation, but he also enjoyed riding his Kawasaki motorcycle. Although he owned many cars and trucks throughout his life, his favorite car was the Mini.

Clairemont High School, San Diego State University, and United States International University were his alma maters. He received a BS in Industrial Arts and Chemistry, and an MA in Education. As a young adult he worked picking tomatoes, in the kitchen of a hospital, as a helper at a Girl Scout camp, and as a monitor of a classical radio station changing tapes of music and commercials. He also worked at Fed Mart selling cameras and as a substitute teacher. Most of his career years were spent teaching various subjects in the field of industrial arts: metal, wood, drafting, electricity, and auto. He also taught life and physical science. His most enjoyable teaching years were his last ten years or so at Scripps Ranch High School where he taught chemistry.

In 1969 he married Diane Rose Kays and was married until their children were in their last years of high school. Richard had two children, Richard Carl, and Suzanne Marie. His son, Richard Carl, married Yarong Mu and they have two children, Seth Devon Kalling and Miranda Renee Kalling. His daughter, Suzanne Marie, married Steve Anthony Grau and they have two children, Hailey Madison Grau and Alexander Emilio Grau. Richard's brother, Jack, is deceased and was married to Shirley Jean Cheatwood. Jack's children are Danica Knight married to Kevin, and Marcella Dill married to Greg. His sister, Linda Lou, married Denny Skoglund and have a son, Nathan Skoglund married to Lisa.

He always enjoyed making photographic and movie records of family trips and events. Even though Richard resided almost exclusively in San Diego, he enjoyed using vacations to go on camping trips throughout the west. Some places he enjoyed visiting with his family are: Canada, Yosemite, Tuolumne Meadows, the Grand Canyon, Borrego and Imperial county deserts, the trail to the top of Mount Whitney, Mammoth, Cedar Grove, Sequoia, and the Redwoods. He also enjoyed making trips back to Minnesota with his own family in the camper in the company of his parents in their camper. Camping trips to the desert were taken in the company of Tim and Diane Bentley and their kids. Many Thanksgiving turkeys were cooked in a ground pit that was dug in the Borrego Desert. He loved hiking at all locations and even joined a hiking club after retiring. He also took a cruise of the Hawaiian Islands as well as a cruise to Alaska. Trips to Walt Disney World, Disneyland, California Adventure, and small amusement parks as well as fairs were fun for him.

Richard's extended "family" was EAA (Experimental Aircraft Association.) He enjoyed going to visit with fellow pilot friends at Brown Field on Saturdays since the time he was an industrial arts teacher at Hale Junior High (1970) where he met Bob Osborn who encouraged him to join the club. As time went by Richard served in almost every capacity of leadership, including EAA president as well as composing the EAA newsletter as editor for several years.

In retirement Richard spent three days a week in the company of this group of caring pilots. Recently Gary List, another EAA member friend, made sure Richard got down to the field to continue to enjoy the company of his fellow pilots. As a pilot Richard flew his airplane to Oregon and Washington to attend fly-ins as well as locally. He has fond memories of going to the Oshkosh, Wisconsin fly-ins several times and helping there as a volunteer. Some of his other friends are: Joe Russo (EAA and Fedco), Paul Pucci and Peter Burrel (who went with Richard to San Diego State football games), Chuck Stiles, Kevin Roche (EAA Oshkosh), Larry Rothrock (EAA), and Bill Moore (EAA). Richard had an impressive intellect and diverse interests. He enjoyed seeking knowledge about photography, computers, flight, airplanes, cars, motorcycles, and sciences and technology in general. He could repair almost any household and transportation item. He lived independently in his home in the Clairemont neighborhood of San Diego until May of 2018 when he moved to Oakmont Pacific Beach near his childhood home (from ages 8-12) on Dawes Street. Oakmont placed him in the memory care area of the assisted living retirement community. In May of 2018 he moved closer to his children in Issaquah, Washington, at Fieldstone Memory Care. In the early hours of April 6, 2021 Richard passed peacefully. In his final hours he was attended by his sister, son, daughter, and wife. Richard Kalling was a quick punner and relished the company of family and friends. His kind gentle spirit will be greatly missed.

Funeral Service: 10:30 A.M., Monday, April 19, 2021, at the Glende-Nilson Funeral Home in Fergus Falls, with a visitation one hour prior to the service at the funeral home. A livestream of the service will be available.

In lieu of flowers memorials preferred to Chapter 14 EAA.

To order memorial trees or send flowers to the family in memory of Richard Kalling, please visit our flower store.