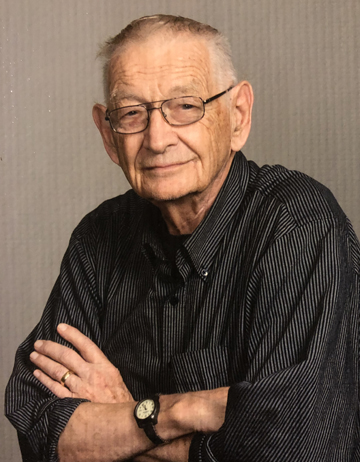 Art was born on October 15, 1931, in St. Paul, MN, to Arthur S. and Constance Johnson. Pastor Johnson graduated from St. Olaf College, Northfield, MN, and Luther Seminary, St. Paul, MN. He married Faith on December 15th, 1956. After Faith graduated from St. Olaf’s second ever nursing class, they moved to Manitowoc, WI, where Art became the assistant pastor at First Lutheran Church. He soon answered the call to serve society’s more vulnerable and the couple, with their two young daughters, moved to Chicago where Art’s counseling and chaplaincy training began in earnest at Lutheran General. Eventually, they settled in Fargo, ND, where they raised their four children. In 1965, Rev. Johnson began his career at St. Luke’s Hospital of Fargo, where he created a chaplaincy department. He was a fierce patient advocate and helped develop standards for hospital based social services, while mentoring over 600 students within the clinical pastoral education program he had developed. He also lectured on medical ethics throughout the region, was a co-founder of the first local hospice program, and drove a local medical ethics conference, bringing in national speakers to the Fargo/Moorhead area for many years.

In 1992, Pastor Johnson retired early to help support his wife Faith's increasing healthcare needs. In 1996, the couple moved to the family cabin at Ottertail Lake. Faith eventually was moved to Golden Living Nursing Home, Ottertail Lake, where she resided from 1997 to 2012, and where he visited her every morning and every evening, missing only when his travels took him away. Closure of the nursing home provided an opportunity to move Faith back to their cherished lake home, where they were able to live out the last 15 months of her life together.

Late in his career, Pastor Johnson became the pastor at Trefoldighed Lutheran Church, Battle Lake, MN, where he found great joy and purpose in ministering to the small but growing Lutheran congregation. His years in the lake country found him teaching at a community college, serving on local arts councils, mentoring young pastors, and becoming a fixture in the local diners, as he could not enter a room without engaging everyone, strangers and friends alike. Art thoroughly enjoyed the people of his community, of which everyone was a member.

“When an old man dies, a library burns to the ground.”  African Proverb

In lieu of flowers, the family asks that memorials be made to the American Diabetes Association or a hospice of choice.

To order memorial trees or send flowers to the family in memory of Rev. Arthur Johnson, please visit our flower store.