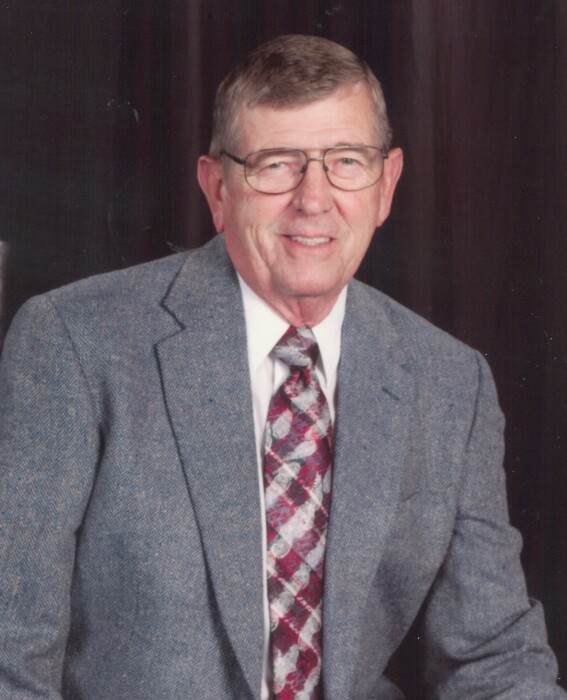 Ramon Ellis was born on June 24, 1930, in Mason City, Iowa, the son of Frank Edgar and Bernadine (Knight) Long. He was baptized and confirmed at St. Paul Lutheran Church in Mason City, Iowa. He graduated from Mason City High School. After high school, he enlisted in the U.S. Navy where he honorably served.

On September 24, 1950, he married Beverly Anne Hanson at St. Paul Lutheran Church in Mason City. To this union came four children: Brian, Bruce, Bradley and Mark. Ray worked as a mechanic at Armour in Mason City for 33 years, where he served as President of the Union for 20 years. In 1981, Ray and Bev purchased a cabin on Deer Lake where they spent many weekends. In 1997, they moved to their current home on East Lost Lake in Underwood. Ray was a member of the Zion Lutheran Church of Amor where he also served as a Stephens Minister for 15 years.

His hobbies included hunting, fishing, and tinkering with electronics. Ray and his family cherished their times spent camping together.

He was preceded in death by his parents, Frank and Bernadine Long.

Memorial Service: 11:00 a.m., Monday June 14 at Zion Lutheran Church of Amor, with a visitation one hour prior to the service at the church.

To order memorial trees or send flowers to the family in memory of Ramon Long, please visit our flower store.