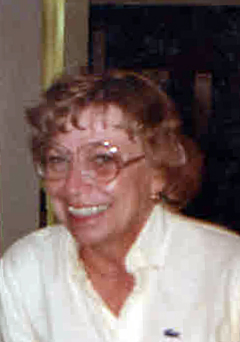 Phyllis Lucille Ellingson was born on February 17, 1930, at Cannon Falls, Minnesota the daughter of Carl and Florence (Holmes) Lundell.  She was baptized and confirmed in St. Ansgar’s Lutheran Church in Cannon Falls.  Phyllis attended the Cannon Falls Public School and graduated from the Cannon Falls High School in 1948.  She was employed with the First National Bank in Cannon Falls and in 1951-52, she was a volunteer airplane spotter.

Phyllis and Robert Ellingson were married on June 27, 1953, in St. Ansgar’s Lutheran Church.  Bob was in the Air Force stationed in Japan and Phyllis continued living in Cannon Falls.  Bob was then stationed at Grandview Air Force Base in Missouri where they lived until his discharge.  They moved to the Minneapolis area where Phyllis worked multiple banking jobs along with being self-employed as an Avon Lady, while Bob was attending the University of Minnesota School of Dentistry.   In 1963, they moved to Dodge Center, Minnesota.  In 1969, they started Dr. R.P. Ellingson, DDS clinic in Battle Lake where she was the office manager, and around the office Phyllis was known as the World Book for Reference.  To their marriage four children were born, Bobby born in Ft. Leavenworth, KS, Jim in Hastings, Scott and Lisa both in Minneapolis.  Phyllis enjoyed sewing, fishing, crossword puzzles, traveling, her bowling league, she loved to cook and entertain, and especially enjoyed her family and grandchildren.  She was a member of First Lutheran Church where she taught Sunday School.  Phyllis was involved with the Mothers Club, worked with the Girl Scouts and was a Den mother for the Cub Scouts.  Phyllis always embraced technology, especially enjoying her i-pad which enabled her to stay involved with her family and friends.

She is survived by her husband, Dr. Bob Ellingson; three children, James (Amy) Ellingson of Willmar, and their daughters, Allie (Tony), Emily (Nate) and Erica (Tom); Scott Ellingson of Battle Lake, and his sons, Dane (Tasha) and Chase; and Lisa (Ron) Mekalson of Bettendorf, IA. and their daughters, Heidi (Cody) and Jill (Oryn); sister-in-law, Margaret Lundell of Cannon Falls; and by numerous relatives and friends.  Phyllis was preceded in death by her son, Bobby; parents, Carl and Florence Lundell; and five siblings, Lyle Lundell, Carol Schlick, Harvey, Harlan and Jerald Lundell.

To order memorial trees or send flowers to the family in memory of Phyllis Ellingson, please visit our flower store.