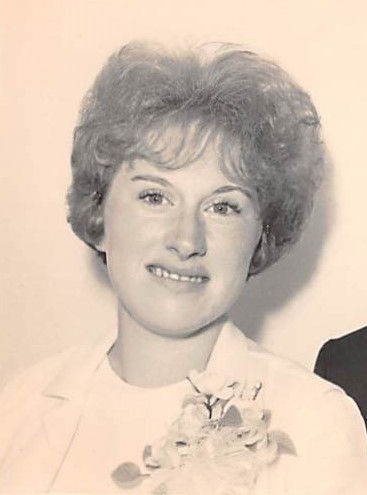 Pearl Amelsberg, 74 of Melby, rural Evansville died Wednesday, September 9, 2020, at home with her family by her side.

Pearl Vivian Amelsberg was born on September 22, 1945, in Fergus Falls, Minnesota the daughter of Reuben and Clara (Hanson) Hokanson.  She was baptized and confirmed in Christina Lake Lutheran Church, attended the Evansville Public School, graduated from Evansville High School in 1963, and continued her education for one year at the Fergus Falls Community college studying to be a Trained Medication Aide.

Pearl and Donald Lee Amelsberg were married on June 28, 1966, in Minneapolis, Minnesota.  They lived in Minneapolis, Carlos and in 1972, Don and Pearl moved to Melby.  Her first job was setting pins at Don’s Lanes in Evansville, was employed with Battle Lake Good Samaritan Center, Bethany Home in Alexandria and then with Pelican Lake Nursing Home in Ashby, retiring in 2010.  Pearl enjoyed gardening, traveling, socializing, taking care of people, enjoyed her family and especially her grandchildren.

She is survived by her fiancé, Charles Finkelson of Melby; two children, Don Amelsberg and Linette (Greg Michel) Hanson both of Melby; three grandchildren, Eric and Reid Burley and Chance Amelsberg; sister, Ruby (Allan) Lerfald of Casa Grande, AZ; brother, Duane (Sherri) Hokanson of Evansville; and by numerous relatives and friends.  Pearl was preceded in death by her husband, Donald Amelsberg and her parents, Reuben and Clara Hokanson.

To order memorial trees or send flowers to the family in memory of Pearl Amelsberg, please visit our flower store.