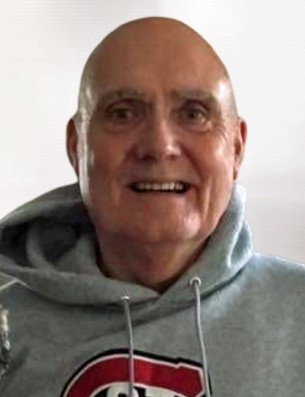 Patrick (Pat) John Sagerhorn, 72, of Fergus Falls, passed away peacefully on Tuesday May 26, 2020, at home with his family, following a short battle with an aggressive form of cancer. Pat welcomed his death with humor and grace, and his acceptance of this process was of great comfort to his family.

Pat was born on March 18th, 1948, to Warren and Betty (Hotchkiss) Sagerhorn. Pat, the younger “Irish Twin” to his sister Georgia, was raised in Fergus Falls. Pat attended public schools in Fergus Falls, graduating from FFHS in 1966.  As a child, Pat spent a considerable amount of time at his grandparents’ family “store,” which later became Bob’s Tavern. The time he spent at “The Store” or “The Tavern”, with his beloved Grandparents Robert and Elaine Hotchkiss, his many aunts, uncles, cousins, and his sister, was a cherished chapter of his life.

As the son of a World War II Purple Heart recipient, Pat was proud to enlist in the United States Navy in October of 1966. Serving four years aboard the USS Ticonderoga during the Vietnam War, Pat considered his service time to be a sacred part of his identity. Upon his return from the Navy, Pat attended Fergus Falls Community College, where he was a member of the inaugural Spartan football team. He later attended St. Cloud State University, and ultimately finished his bachelor’s in education at Moorhead State University.

Pat was united in marriage to Norma Jean Knisley on May 31st, 1975, in New Ulm, Minnesota. On February 18th, 1982, Pat received a call from Catholic Charities in St. Cloud, informing him that their first child, Thomas, was waiting to be adopted. Two years later, in July of 1984, they received a call that their second child, Molly, was ready to join the family. Pat was a proud husband and father; he emphasized the importance of a strong education and treating people with dignity and respect. During their forty-five years together, Pat and Norma had five dogs, whom they loved dearly: Buffy, Meg, Shammi, Gem and Emmy.

Pat was a special education teacher with the Fergus Falls public schools. Pat took great joy in his work with students and their families. He loved, and was loved, by his coworkers. He was a fixture each morning at the Cleveland School bus stop, welcoming students with a smile, joke and a hug, as well as telling them to “get off the grass” and onto the sidewalk.

Pat was the ultimate extrovert. He had a strong appreciation for humor and was often ready to share his most recent Ole and Lena joke. Pat loved to golf and spent many summers golfing with friends and family at Pebble Lake Golf Course. He also enjoyed hunting deer, duck, and pheasant. Pat was a member of American Legion Post 30 and VFW post 612.

Pat is proceeded in death by his parents, Betty and Warren Sagerhorn; grandparents, Robert and Elaine Hotchkiss; grandmother, Anna Sagerhorn; mother and father-in-law, Evelyn and Lloyd Knisley; brother-in-law, Steve Knisley; many extended friends and family, and a number of beloved family dogs. He is survived by his wife, Norma; children, Thomas (Cara) Sagerhorn of Avon and Molly (Sean) Johns of Princeton; four grandchildren, Gabriella and Liam Sagerhorn and Julia and Robert “Bobby” Johns; his sister, Georgia Sagerhorn of Fergus Falls; sister-in-law, Sharon (Rodney) Lunz of Shakopee; brother-in-law, Larry (Patty) Knisley of New Ulm; and Emmy, the family dog; he also leaves behind many Beloved Cousins, Nieces/Nephews and a number of Dear Friends.

The family would like to express their sincere gratitude to the nurses and social workers at Lake Region Cancer & Research Center and LB Hospice. Your care and willingness to go above and beyond will never be forgotten.

To ensure the safety of his family and friends, Pat’s family has decided to postpone the funeral until it is safe for all of his loved ones to attend. Due to the uncertainty of when a celebration of Pat’s life will occur, and the extended duration between now and then, the family welcomes memorials to be sent to Pat’s home address (620 E Lakeside Drive, Fergus Falls MN 56537). Pat’s family will use memorials to support causes dear to his heart.

“Grant eternal rest unto him O Lord, and let perpetual light shine upon him.” –Requiem aeternam

Memorial Service: 2 PM Wednesday, May 26, 2021 at Glende-Nilson Funeral Chapel, Fergus Falls, Minnesota with 1 hour visitation prior to the service

To order memorial trees or send flowers to the family in memory of Patrick (Pat) Sagerhorn, please visit our flower store.