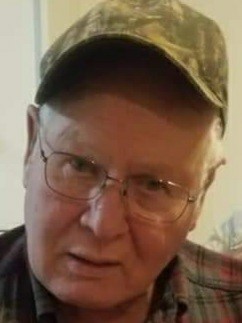 Owen Harley Runningen was born on September 6, 1942, in Fergus Falls, Minnesota the son of Clifford and Eunice (Torgrimson) Runningen.  He was baptized and confirmed in Grue Lutheran Church and attended Country School in Eagle lake Township.

Owen and Beatrice Brown met on the first day of spring in 1963, and celebrated that day every year, and they were married on November 30, 1963.  They farmed on the Runningen farm in Eagle Lake Township until purchasing their dairy farm in Douglas County.  Owen and Bea retired from dairy farming, selling to their son Peter, and they returned to the Runningen home farm where they raised beef cattle.  He enjoyed the land and was a lifetime farmer.  He loved attending threshing shows, especially the Western Minnesota Steam Threshers Reunion in Rollag which he never missed until this last year due to COVID.  He liked hunting ducks and especially deer hunting with the family.  He enjoyed camping and fishing with his grandkids.

There will be a Celebration of Life at a later date.

To order memorial trees or send flowers to the family in memory of Owen Runningen, please visit our flower store.