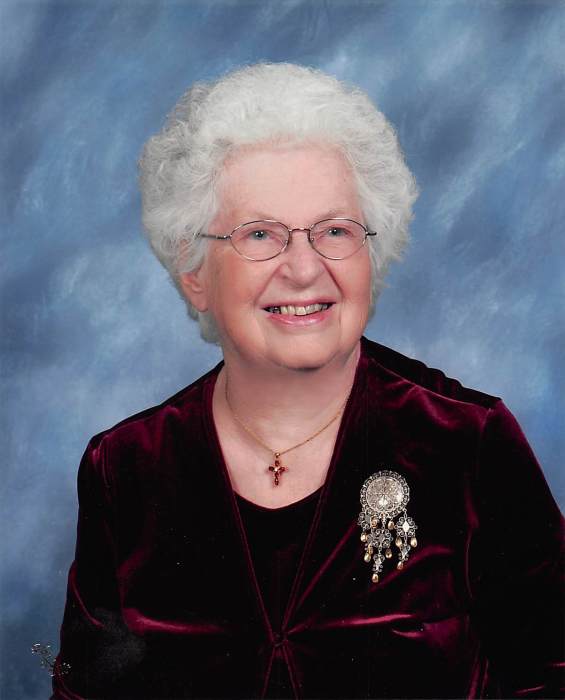 Olga Beatrice was born on January 11, 1923, in St. Olaf Township of Otter Tail County, the daughter of Martin and Mary (Juvland) Benhardus of Norwegian Heritage. She was baptized and confirmed at Bethel Lutheran Church of rural Dalton. Olga attended school at District #2 and graduated from Ashby High School in 1941. She then attended Moorhead State Teacher’s College for three years and received her Teaching Certificate. Olga taught in rural school at District #64 near Fergus Falls and District #71 at rural Underwood.

On August 28, 1944, she married William “Bill” John O’Donnell in Long Beach, California at the Naval Wedding Chapel. The couple resided in Kansas City, Missouri where Olga worked for Kansas City Fire & Marine Insurance as a clerk a total of four years. In 1950 the couple returned to rural Dalton where they purchased Norway Beach Resort. They then moved to Minneapolis where they worked for a total of 26 years, including Honeywell where she worked in Statistics and the Gold Bond Stamp Company in clerical work before returning to Honeywell. They retired from Minneapolis in 1975 and returned to the resort business. Olga also worked at the First State Bank of Dalton for 17 years as an assistant cashier retiring in 1993 to care for her Aunt Emily for nine years.

She was a member of Bethel Lutheran Church and WELCA, serving as treasurer. Olga also taught Sunday School and Vacation Bible School. For fifteen years she was treasurer of the church as well as the Dalton Parish for twenty years. She replaced her mother as Stewardship Chairperson and oversaw the mission projects such as quilts for Lutheran World Relief, collected for layettes and midwife kits for Africa, as well as health kits, used clothing and school kits. She was a member of the Sons of Norway and the American Legion Auxiliary of Dalton.

Her hobbies included quilting, playing Scrabble, doing cryptograms and entertaining family and friends. She traveled three times to Norway, most recently in 2005 and also Hawaii, Alaska and other various places throughout the United States. Because of her love for her Lord and Savior, Jesus she has enjoyed and led many Bible Studies over the years.

Funeral Service: 11:00 AM Saturday, December 21, 2019 at Bethel Lutheran Church, rural Battle Lake with visitation one hour prior to the service.

In lieu of flowers memorials preferred to the family.

To order memorial trees or send flowers to the family in memory of Olga O'Donnell, please visit our flower store.