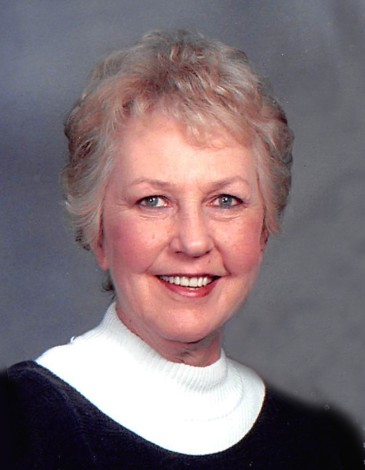 Nadine Joy was born on May 27, 1948, at Wright Hospital in Fergus Falls, MN, the daughter of Erwin and Ella (Holte) Nelson.  She was baptized and confirmed at First English Church in Fergus Falls.  Nadine attended Evansville Public School.

Nadine and Rodney Finkelson were married August 12, 1966 in Sisseton, SD.  To this union two children were born, Robyn and Darrin.  She worked at the Fergus Falls State Hospital from 1968 to 1973 then at Rosenblatt’s in Fergus Falls.  She co-owned and operated The Dalton Café with her sister-in-law, Carolyn. Nadine worked with her passion and love of cooking, retiring from the Ottertail County Jail as Food Service Director in 2000. In 1987, their daughter Robyn passed away and Nadine and Rodney raised their grandson, Shane as their own.

Nadine was well known for her wonderful cooking.  She enjoyed feeding birds & chipmunks, canning & gardening, camping & fishing with the family.  She also enjoyed going to the casino, playing bingo, wintering in Arizona, traveling to Door County Wisconsin and especially the time spent with her family, children and grandchildren.

She was preceded in death by her parents; daughter, Robyn; brother, David and sister-in-law, Catherine Finkelson.

Blessed be the memory of Nadine.

Visitation: Sunday, May 12, 2019, from 4-6 p.m., with a 5:30 prayer service at the Glende-Nilson Funeral Home in Fergus Falls, and resuming one hour prior to the service at the church.

To order memorial trees or send flowers to the family in memory of Nadine Finkelson, please visit our flower store.