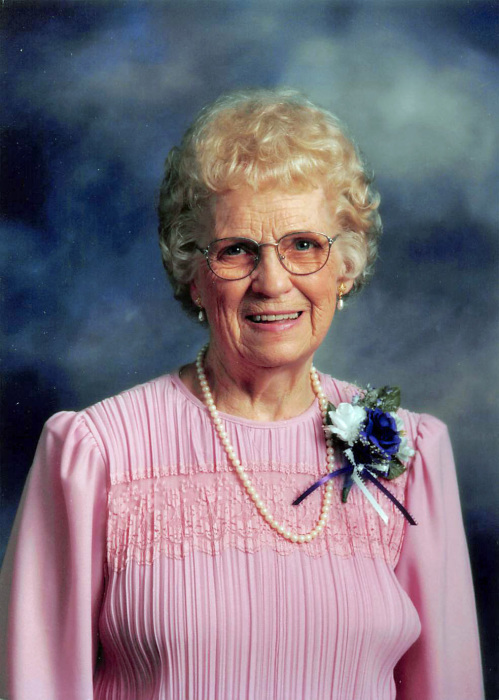 Muriel Sylvia Grage was born to Emil and Lillian (Nelson) Boen on April 1, 1922, at her parents’ home in Aurdal Township in rural Fergus Falls, Minnesota. She was baptized and confirmed at Aurdal Lutheran Church. Muriel grew up on her family’s farm, attended Rural School District #247, and graduated from Fergus Falls High School in 1940. Muriel was employed with the Fergus Falls State Hospital before her marriage and then again in the 1970s.

Muriel enjoyed spending time with her family, and her hobbies included reading, cooking and baking (especially making lefse), attending TOPS, and going dancing. She was a lifetime member of Aurdal Lutheran Church, serving in many capacities including treasurer, Sunday School teacher, and ladies aid member.

On Sunday, September 30, 2018, Muriel passed away peacefully at the age of 96 years at the PioneerCare Center in Fergus Falls.

Visitation: One hour prior to the service

To order memorial trees or send flowers to the family in memory of Muriel Grage, please visit our flower store.