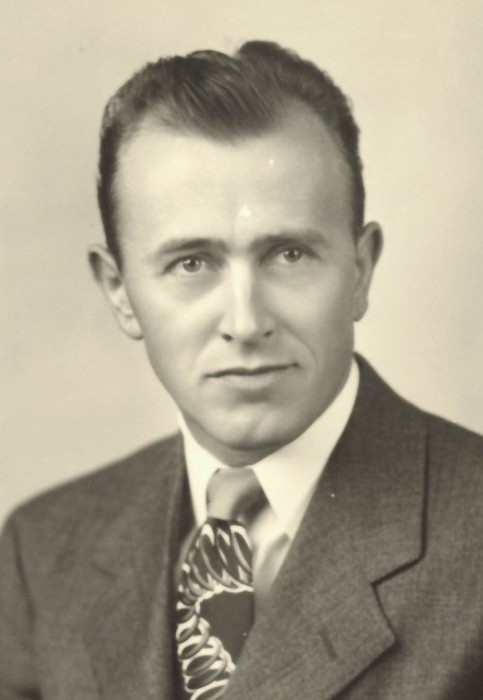 Morris Clifford was born on January 8, 1927, in Rochert, MN, the son of John and Ingaborg (Malvig) Larsen. He was baptized and confirmed at Eglund Lutheran Church in rural Rochert, where he also attended grade school. He graduated from Hillcrest Lutheran Academy, then attended Seattle Pacific University in Washington, before completing his seminary training at the Lutheran Brethren Seminary in Fergus Falls in 1951.

On June 22, 1951, he married Myrtle Esther Kivley in Ferndale Washington.  Morris served churches in North Dakota, Iowa, Washington, and Minnesota. Morris and Myrtle also served as missionaries in Japan for 20 years. After retirement he owned and operated, Morry’s Painting Service with his sons. Morris and Myrtle moved to Fergus Falls in 2006 where they currently reside.

Morris’s interests included painting and spending time with family and friends. Morris had a true passion for his ministry and was known to be a very hard worker.

He was preceded in death by his parents, John and Ingaborg; son, Samuel; and a brother, Martin.

Memorial Service: 2:00 P.M., Saturday, February 3, 2018, at Good shepherd Lutheran Brethren Church in Fergus Falls, with a visitation one hour prior to the service at the church.

Funeral arrangements are with Glende-Nilson Funeral Home of Fergus Falls for Morris Larsen.

To order memorial trees or send flowers to the family in memory of Morris Larsen, please visit our flower store.