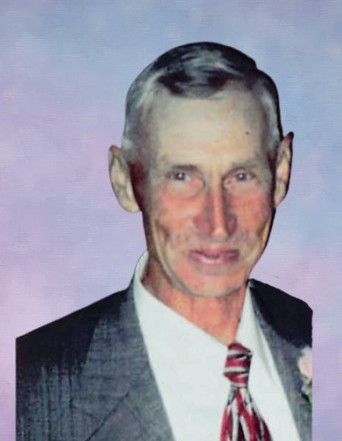 Milton Roger Lien was born on June 9, 1931, in Fergus Falls, Minnesota, son of Melvin and Ragna (Sund) Lien.  He was baptized and confirmed at Trefoldighed Lutheran Church of rural Battle Lake.  Milton graduated from Battle Lake High School in 1949, where he played on the basketball team.

Milton married Beverly Hansen on September 9, 1995, in Princeton, Minnesota.  They lived on the Lien farm before moving into their home in Battle Lake.  He spent his entire life farming the same land that was homesteaded in 1870 by his grandfather, Tolof Lien.  He was committed to farming, loved raising cattle, and farmed until he was eighty-eight years old.  Milton enjoyed auction sales, driving around the countryside, the Minnesota Twins baseball team, and listening to the radio with his favorite being KWAD of Wadena.

He is survived by his wife, Beverly; stepson, Glen Hansen; three step-grandsons, Nolan, Jacob and Braden Hansen; two step-great grandchildren, Lala and Watson; and by numerous relatives and friends.  Milton was preceded in death by his parents, Melvin and Ragna Lien and sister, Dorothy Lien.

Memorials preferred to The March of Dimes, Trefoldighed Lutheran Church, or charity of choice.

Funeral Service: 11:00 AM, Saturday, April 30, 2022, at Trefoldighed Lutheran Church of rural Battle Lake, with visitation one hour prior to the service.

To order memorial trees or send flowers to the family in memory of Milton Lien, please visit our flower store.