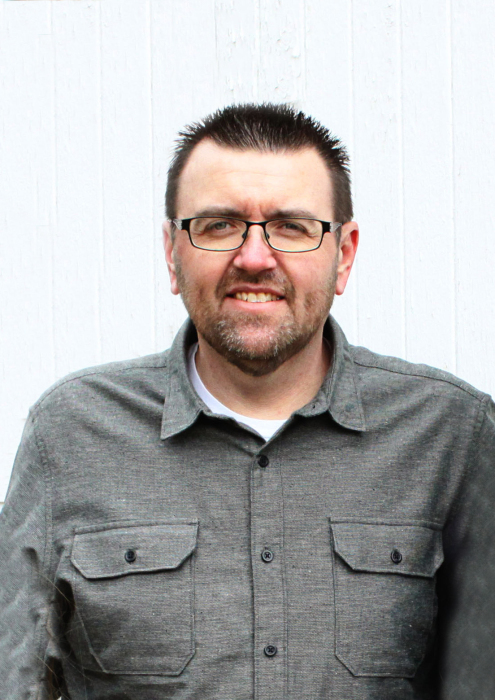 Michael Rusch, 43, of Fergus Falls, passed away peacefully at his home on Tuesday, September 15, 2020, surrounded by his family after a lengthy battle with cancer.

Michael Douglas Rusch was born on January 10, 1977 in Ohio, the son of Douglas and Sharon (McQuestion) Rusch.  At a young age, Michael moved with his family to DeWitt, Iowa, where he received his education and graduated from DeWitt High School in 1995.  Michael went on to attend Community College and furthered his education at North Dakota State University in Fargo, ND.

On September 25, 2004, Michael married Lynae Rogness at Triumph Lutheran Brethren Church in Moorhead, MN, and they were blessed with two daughters.

Michael was extremely passionate about personal relationships and found his ultimate passion in healthcare.  He earned his LPN, and later his RN license, spending his career in healthcare at the Minnesota Veterans Home.

Michael was an avid outdoorsman—he greatly enjoyed hunting, fishing, and worked at many camps throughout the years, including locations such as Yellowstone National Park, Colorado, North Dakota, and locally, enjoyed working at Inspiration Point Camp and Retreat Center.  Michael truly enjoyed working with youth and making an impact in their lives.

Michael was preceded in death by his grandparents, William and Ruth Rusch, and Chester and Elizabeth McQuestion.

Visitation: 1 – 7 PM Friday (family present from 5 – 7 PM), with a 6:30 PM Prayer Service, at Glende-Nilson Funeral Home, Fergus Falls, and one hour prior to services at the church.

Funeral Service: 1 PM Saturday, September 19, 2020, at Good Shepherd Lutheran Brethren Church, Fergus Falls.  For those unable to attend the service, a live stream of Michael’s service will be available on his memorial page at www.GlendeNilson.com.

In lieu of flowers, memorials are preferred.  A benefit account to benefit the Rusch family may be found at https://www.gofundme.com/f/rusch-family-benefit-fund .

To order memorial trees or send flowers to the family in memory of Michael Rusch, please visit our flower store.