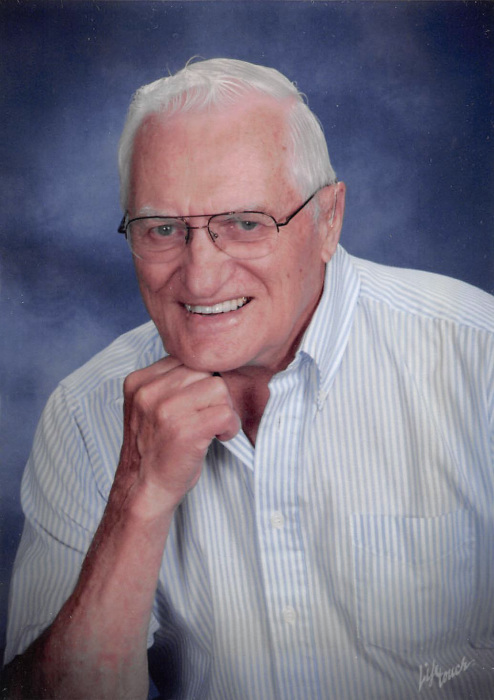 Mervin Wagner, 88, of Fergus Falls formerly of Millerville, died Monday, May 7, 2018, at Lake Region Hospital, Fergus Falls, Minnesota. Mervin George Wagner was born February 26, 1930 to John George and Katherine Pauline (Loeffler) Wagner. He grew up in Millerville, attended Catholic school until 8th grade and graduated from Brandon High School. Mervin took over the family dairy farm before he graduated and ran that operation for 44 years. He was united in marriage to Ardele Anderson September 28, 1959 at Seven Dolors Catholic Church in Millerville. In 1987 he and Ardele retired from farming and moved to Fergus Falls. Mervin worked for ShoreMaster for 18 years. After retirement he and Ardele enjoyed traveling, bowling, fishing, playing and watching baseball. He was an avid fan of the M-State Spartan basketball teams. Mervin was an “artist” of the land. There wasn’t anything he couldn’t grow or anything he couldn’t fix. Mervin organized his farm based on what he saw as a vision. His faith in God was paramount and he never missed a weekly mass. He was a member of the Knights of Columbus. Mervin served on the Brandon School Board for 20 years. He was a volunteer fireman for 40 years. He played baseball or softball until he was 46 years old. Mervin would take his daughter, Kay, fishing, bowling to basketball games, work and to functions for special needs people. Mervin loved his children and grandchildren; he was an excellent father and grandfather to them. He was preceded in death by his parents, 3 brothers, Ralph, Miles and Richard and 4 sisters, Frances Revering, Erma Shea, Rosie Kelly and MaryAnn Wagner. Mervin is survived by his wife, Ardele; 3 children, Jeffrey (Barbara) Wagner of Irmo, SC; Gregory (Kimberly) Wagner of Burnsville and Kay Wagner of Fergus Falls; grandchildren, Steven (Taylor) Wagner, Alessandra Wagner, Cale Wagner and Maggi Wagner; 2 brothers, James Wagner of St. Cloud and Jack Wagner of Starbuck.

In lieu of flowers, memorials are preferred to Special Olympics.

Funeral Services: 11 AM, Saturday, May 12, at Our Lady of Victory Catholic Church, Fergus Falls with visitation one hour prior to the service at the church

To order memorial trees or send flowers to the family in memory of Mervin Wagner, please visit our flower store.