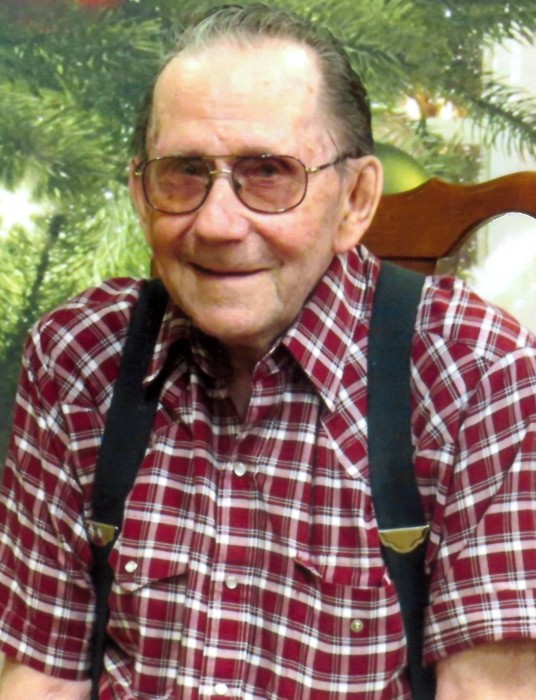 Merville Loren Knodle was born September 16, 1932, on the family farm, in Hope, ND, the son of Alvie and Hattie (Swanson) Knodle. The family moved to Richville, Minnesota in 1933. He was baptized September 5, 1946 at Grace United Methodist Church in Fergus Falls. He attended country school District #256. He served from 1953-1955 in the US Army during the Korean War in the 145th Artillery Battalion.

In 1953, he married Zelda Brown in Perham, MN. To this union 4 children were born, Roxane, Marlin, Craig and Cheryl.

During his lifetime he worked in various professions including farming, a brick layer, and a tire service man with Les’ Tire Service for 20 years. Then started K & K Tire with Benny Kimball in 1976. In 1981, he started Knodle Tire Service which he owned and operated until his retirement. He was a member of the Fergus Falls VFW. Merv loved the outdoors and his hobbies included riding horse, snowmobiling, motorcycles, fishing and hunting. He was very musical, singing, playing guitar by ear and often heard Yodeling. He was a jack of all trades who could fix anything from cars to plumbing. He was a very hard worker who was dependable, and was always early for everything. Merv was always willing to lend a hand to anyone in need and was quite the practical joker.

Merv accepted Jesus into his heart in his final hours while surrounded by family.

Preceding him in death were his parents; a son, Marlin; two brothers, Vernon and Ivan; two sisters, Irene Spencer and Doris (Sundberg) Pulver.

Funeral Services: 3:00 P.M., Tuesday, January 30, 2018, at the Glende-Nilson Funeral Home in Fergus Falls, with a visitation beginning at 1:30 before the service.

To order memorial trees or send flowers to the family in memory of Merville Knodle, please visit our flower store.