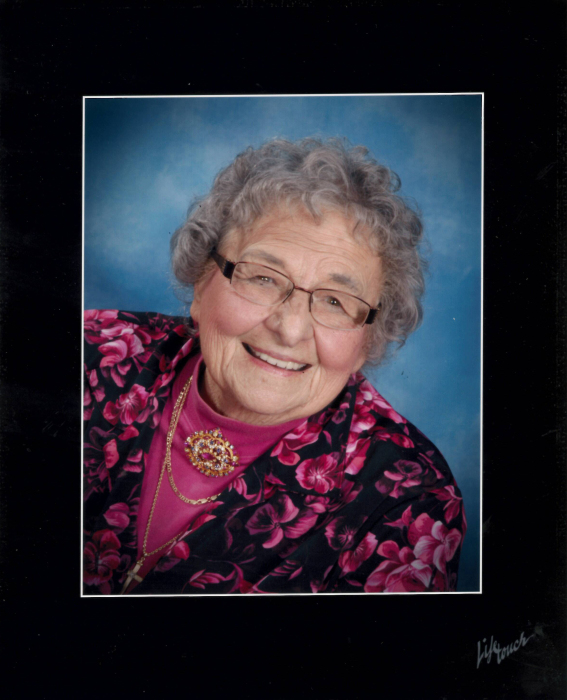 Mercedes Kinn passed away peacefully on April 24, 2020 at the Good Samaritan Home in Battle Lake, MN where she was a resident since 2012.

She was born March 20, 1916 in Rosholt, SD to Casper and Bridget Kitzman.  She attended Aberdeen Teachers College and taught in rural Roberts County, SD before her marriage.  Elroy Kinn of Hankinson, ND and Mercedes were married in 1938.  They resided in Hankinson where Elroy owned and operated Hankinson Auto Company until 1978.

Mercedes was an active member and officer in the Mother’s Clubs of St. Francis Academy and St. Phillips Catholic Church and the Literary Club in Hankinson.  Elroy and Mercedes enjoyed their seasonal home in Mesa, AZ and their beloved cottage on Ottertail Lake where they entertained many family members and friends over the years.  Mercedes was noted as a gracious hostess, a competitive golf and card player, and an enthusiastic traveler.  She will be remembered as a good listener, a generous and loyal friend – wise and faithful, and strong in her faith.

A video of the Funeral Mass will be posted on Mercedes’ web page at www.glendenilson.com after the service.

To order memorial trees or send flowers to the family in memory of Mercedes Kinn, please visit our flower store.