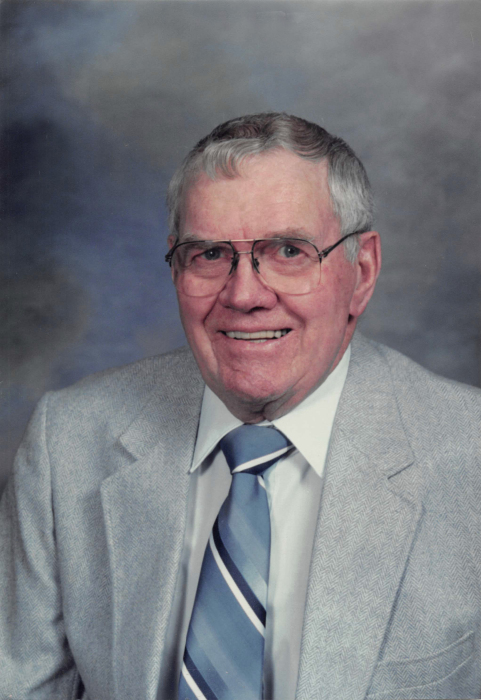 Melvin Ludvig was born on July 18, 1926, in Tordenskjold Township, the son of Ludvig and Mathilda (Gunderson) Anderson. He was baptized at St. Olaf Church and confirmed at Our Saviors Lutheran Church in Dalton. He attended rural District #20 in Dalton and graduated from Fergus Falls High School.

Melvin served in the United States Army as a Military Police from 1945-1947, serving during WWII, being stationed in Puerto Rico.

On January 15, 1950, he married Irene Poynter. They were the parents of two children, Sandra and Gary. Melvin farmed and milked cows in rural Dalton.

On April 28, 2012, he married Marlene Dornburg. Melvin was a member of the Ashby American Legion since 1947.

His hobbies included playing cards, dice games and dominos. Deer camp and deer hunting was a highlight of the fall. Even after moving to Fergus Falls, Melvin would still drive to Dalton to play cribbage with his good friends. Melvin’s birthdays were always very special to him, and he recently celebrated his 94th birthday at the home.

A family graveside service will be held 11 A.M., Thursday, September 3 at Our Saviors Lutheran Cemetery in Dalton, due to covid 19 restrictions

To order memorial trees or send flowers to the family in memory of Melvin Anderson, please visit our flower store.