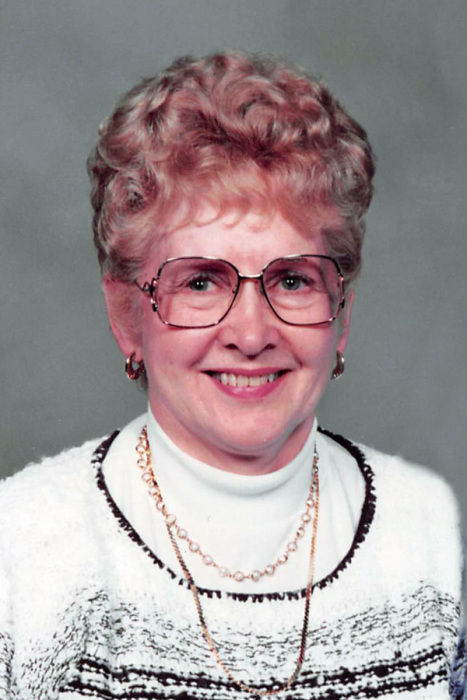 Marlys Jean Paulson was born on August 29, 1930 in Erdahl, Minnesota, the daughter of John J. and Amelia V. (Walstrom) Johnson.  One of twelve children, she was baptized and confirmed in Our Savior’s Lutheran Church in Evansville.  Marlys attended country school near Erdahl through the eighth grade.

On March 12, 1948, Marlys and Morley O. Paulson were married at the Our Savior’s parsonage in Evansville.  The couple lived in Evansville where they owned the Evansville Supermarket.  After selling their business, Marlys was employed with Nelson’s Store for a few years while also remaining home to raise her three sons.

Marlys was a member of Our Savior’s Lutheran Church and later, Faith Lutheran Church.  She enjoyed reading, walking, and always liked her work and people of the community.

Memorial Service:  2 PM Wednesday, February 14, 2018, at Glende-Nilson Funeral Home in Evansville, with visitation one hour prior to services.

To order memorial trees or send flowers to the family in memory of Marlys Paulson, please visit our flower store.