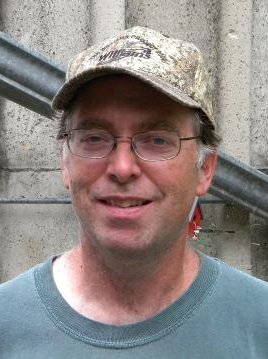 Mark Arthur Eckhardt, 58, a resident of Fergus Falls, entered eternal glory on Friday, February 23, 2018, at Lake Region Healthcare in Fergus Falls, MN, after a hard and well-fought battle with cancer.

He was born September 20, 1959, in Fergus Falls to Arthur and Margaret (Sander) Eckhardt. Mark grew up on the family farm and enjoyed helping out whenever needed. He was grateful for the experiences he gained by working alongside his parents, siblings and grandfather. Mark graduated from Fergus Falls High School in 1977. He then attended the Fergus Falls Community College for two years and transferred to North Dakota State University in Fargo, graduating with honors in Agricultural Engineering.

Mark set out after college to work as an engineer for General Electric, which took him to Schenectady, New York; Chicago, Illinois; and Monticello Nuclear Power Plant, Minnesota. He took pride in the careful work he did for the nuclear reactor recirculation piping replacement project. Mark was hired by Johnson Controls as an Application Engineer and worked in Brooklyn Center, Minnesota. He was happy to be at the same company as his brother, Mike. Mark then accepted a Facilities Management engineering position with the University of Minnesota in Minneapolis. After several years, Mark started working on the side for Energy Services Group (ESG), a company that his brother helped launch. He became their first employee and engineered many temperature controls projects for schools, colleges and hospitals. Mark loved the work he did and enjoyed training new co-workers. He then became a Honeywell engineer when ESG was sold. He was working for Honeywell until he was diagnosed with cancer in February of 2013 and became disabled.

On August 9, 1986, Mark married Kimberly Juntunen at North Heights Lutheran Church in Roseville, Minnesota. They lived in Shoreview and then Blaine for 13 years, where they were blessed with 2 boys. They moved to the family farm in Fergus Falls and had a daughter and another son. He was able to work as an engineer from home by telecommuting. Mark put up hay each year and liked to use his tractors. He was thankful to have lived ‘next door’ to his parents.

He was a member of Abundant Life Assembly of God Church, where he served on the board, led Royal Rangers boys’ club, taught adult Sunday school and operated the sound system. He was a quiet leader who thought before speaking and listened patiently to others. Mark loved the Lord and willingly shared his testimony. He gave God the glory for his successes in life. Mark was wholly devoted to his wife, children, family and friends and unselfishly served wherever needed. He hardly complained throughout all the health trials of his battle with cancer. The family would like to thank the Lake Region Healthcare Cancer Care and Research Center doctors, nurses and support staff, especially Dr. John Tate, for the compassionate treatment of Mark throughout the past 5 years. The family also appreciated the respect shown and professionalism displayed while Mark was hospitalized at Lake Region Healthcare Hospital.

Visitation: 5 to 8 p.m. on Friday, March 2, 2018 at Glende-Nilson Funeral Home, 301 E. Washington Avenue, Fergus Falls, with an open time of sharing at 7 p.m. Visitation will resume one hour prior to the service.

Online condolences may be sent to www.glendenilson.com

In lieu of flowers, the family prefers memorials to be directed to Abundant Life Assembly of God Church.


To plant a beautiful memorial tree in memory of Mark A. Eckhardt, please visit our Tree Store.

To order memorial trees or send flowers to the family in memory of Mark Eckhardt, please visit our flower store.