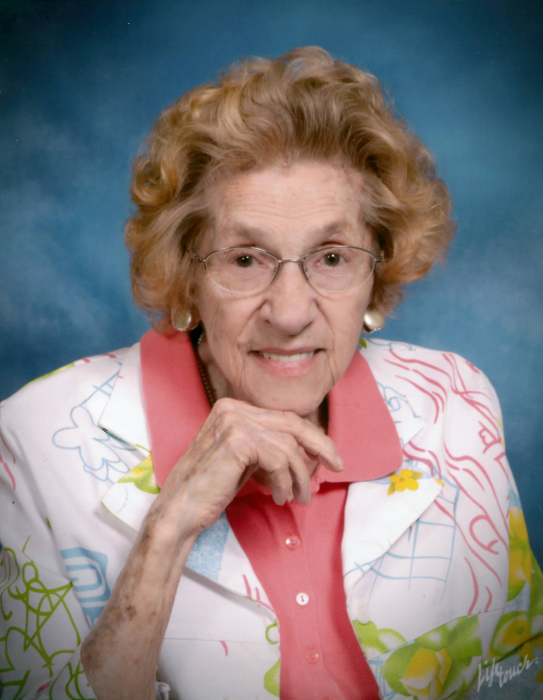 Marjorie Josephine VanderBerg was born on March 18, 1921, in Clarion, Iowa.  She was baptized and confirmed in the United Methodist Church in Clarion.  Marjorie graduated from the Clarion High School and then continued her education at Morningside College in Sioux City, Iowa, graduating with a Bachelors Degree in Music Education.

Marjorie and her husband Dr. James L. VanderBerg were married on April 2, 1943.  She taught elementary music for most of her thirty-two year teaching career in the Clarion Public School.  She enjoyed raising her three daughters, spending time with her extended family, time at Battle Lake in the summers, knitting, cooking, nature and particularly birds.  Marjorie was active with her local United Methodist Church congregation, AAUW, and was also active with PEO.  In Battle Lake she was active with First Lutheran Church where she played the piano as an accompanist well into her late 80’s.  She had a passion for keyboard and choral music and enjoyed all church music.  James and Marjorie built their home on West Battle Lake in 1980, where the family enjoyed lake life, many fish fries, card games and other fun on their north shore property.  They did a lot of traveling all over the US in their Airstream Trailer and overseas trips as well.  Jim died on October 9, 2012, and Marjorie continued to live in Battle Lake.  She enjoyed her family and especially her grandchildren and great grandchildren.

Memorial Service: 1:00 PM, Friday, October 5, 2018, at First Lutheran Church in Battle Lake, with a visitation one hour prior to the service at the church.

To order memorial trees or send flowers to the family in memory of Marjorie VanderBerg, please visit our flower store.